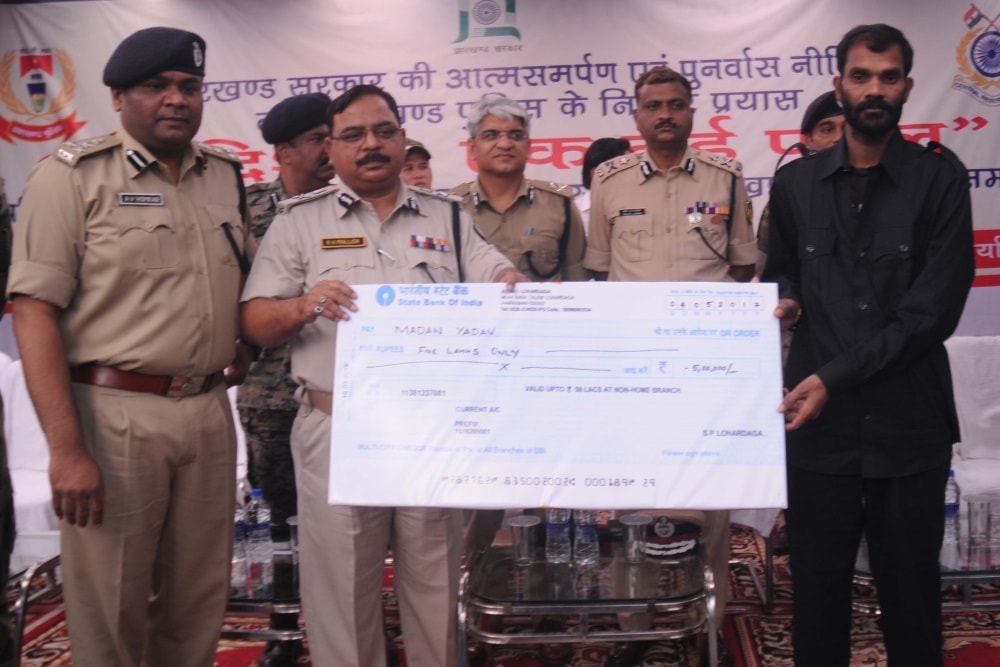 Jharkhand Police gained a grand success with a top CPI(Maoist) leader Nukul surrendering before the ADGP RK Mallick inside the police headquarter in Ranchi.

Nukul,who was accused in over 144 criminal cases and carried an award of Rs 15 lakh on his head,is learnt to have 'surrendered' together with another hardcore Maoist Madan Yadav in view of the 'pressure' of his family members.

Nukul said that he had joined the banned Maoist outfit Maoist Communist Centre(MCC) due to his family members who had encroached and grabbed his father's land.Initially,he was involved in kidnapping of children to train them become Maoists.

After he surrendered and posed before the camera of the media,Nukul was handed over Rs five lakh cheque by ADGP RK Mallick.