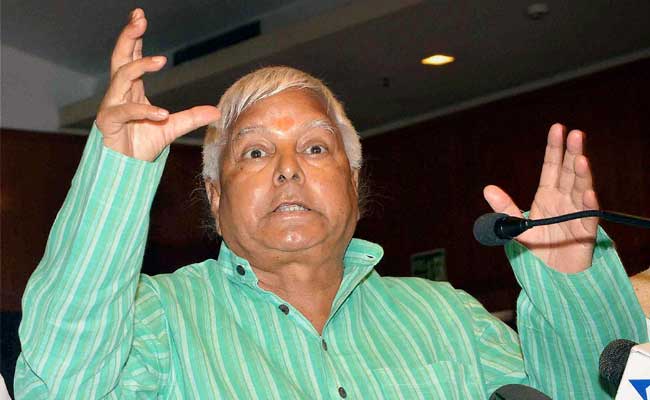 Giving a massive hit to RJD leader Lalu Prasad, the Supreme Court on Monday ruled that he and other accused persons in multi million rupee fodder scam cases, including former Bihar Chief Minister Jagannath  Mishra, will be tried separately for corruption and criminal conspiracy in a criminal case involving the withdrawal of money and falsification of records from Deoghar treasury in Jharkhand.

The top court Bench led by Justice Arun Mishra set aside the High Court decision of 2014 to stop criminal proceedings against Lalu  Prasad on the ground that he cannot be found guilty of the same offences twice under Section 300 of the Code of Criminal Procedure.

The court ordered the CBI to conclude the trial in nine months.

As it is, Prasad was, at the time of the High Court decision in November 2014, already sentenced to a five-year rigorous imprisonment in a corruption case connected to the fodder scam involving the withdrawal of over Rs. 37 crore from the Chaibasa Treasury during the period of 1994-95 on the basis of 78 fake allotment letters.

The sentence had immediately led to his disqualification from Parliament and barred him from elections for 11 years.

Now,the case at hand deals with falsification of records and the withdrawal of Rs. 84.53 lakh from the Deoghar Treasury during the period 1991-94.