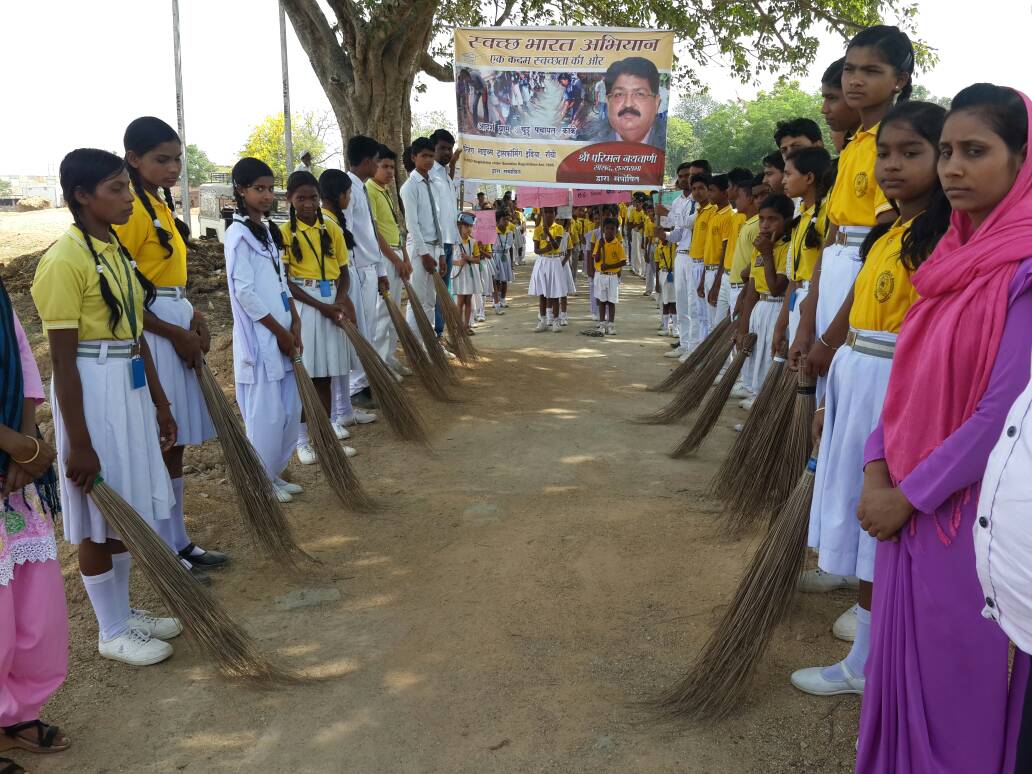 The initiative was part of the Centre's Swacch Bharat Abhiyan.They were raising the same slogan.

Chutu village was adopted by the Rajya Sabha MP Parimal Nathwani.His aim was to make it an ideal village.Toward the same end,the clean village campaign was launched jointly by the NGO-Changing Life Transforming India and a private Oxbridge Public school.

Although Nathwani was not present, the campaign was participated among others by the Mukhiya of Chutu village, Somnath Munda, School Director Javed Akhtar, Parimal Nathwani's representative Nusrat Zahan.They taught the importance of clean environment and motivated villagers to maintain cleanliness in Chutu to prevent death from diseases.At the end of the day, Chutu looked clean and many of its residents vowed to keep their village clean for themselves.