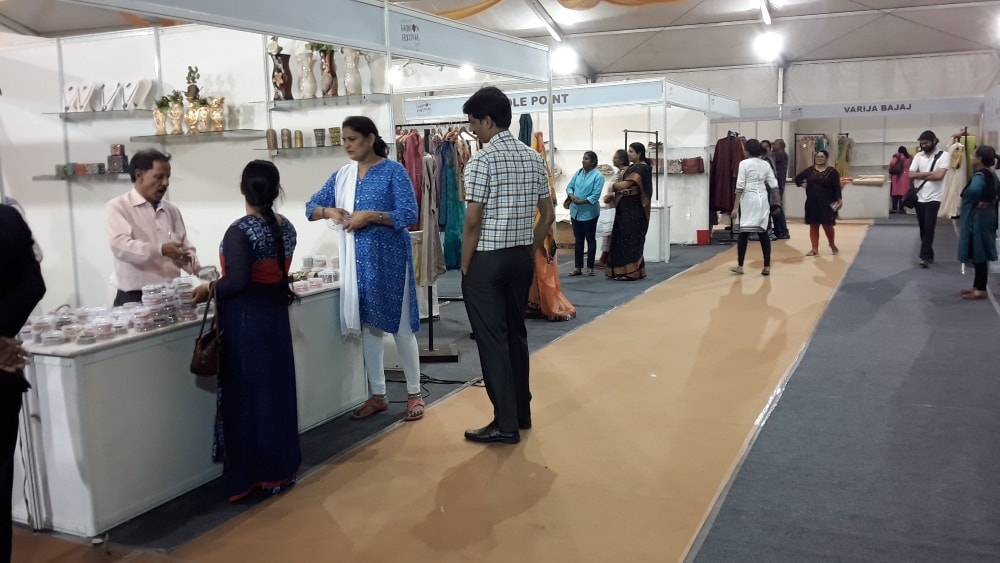 If there is one government run institution that is being tackled tactfully,it is the promotion of Jharkhand Silk,Textile & Handicraft Development Corporation Ltd and its products-organic Tasar silk and handloom textile fabric.

The lead in boosting the Jharcraft has been taken by the state government and its Managing Director S.Ravi Kumar.Aware that fashion has to be linked with organic Tasar silk and handloom textile from Jharkhand,Jharcraft redefined its objective and and sought to establish itself as a hub in Eastern India.

With this in the backdrop,its organised a five-day Fashion Festival 2017.It began on May 25 to end on May 29,2017 at the BNR Chanakya hotel.Since its objective was to provide a platform for business communities in Textile Sectors and establish long term partnership with Jharcraft,Kumar ensured that top national designers and Jharcraft were the main attraction of the festival.

Most importantly,the start of the Festival began with the Chief Minister Raghubar Das inaugurating it and making Jharcraft provide platform for these designers to sell their collection online in Amazon.com.

As a result,Jharkhand's handloom and handicraft are now in the hands of these designers to sell their products developed from Jharcraft fabric online under Jharcraft Brand.Notably,physical display of some of these Designers' products were now vailable at Jharcraft mega store in Ranchi,Jharcraft store,janpath-delhi and Jharcraft Store-Bengaluru and other retail outlets of Jharcraft.

Financially,Jharcraft linked with nearly 150 Self Help Groups,each manufecturing Tasar silk and handicrafts,providing employment to over 8 lakh persons in 24 districts in Jharkhand,had suffered a huge loss of nearly Rs 7 crore in 2015.Now,this loss has gone down to Rs 2 crore in 2016.

Official records show that the state government has decided to blankets and bed sheets for its hospitals and poor people."This is going to make us become a profite making body",said Pandey.