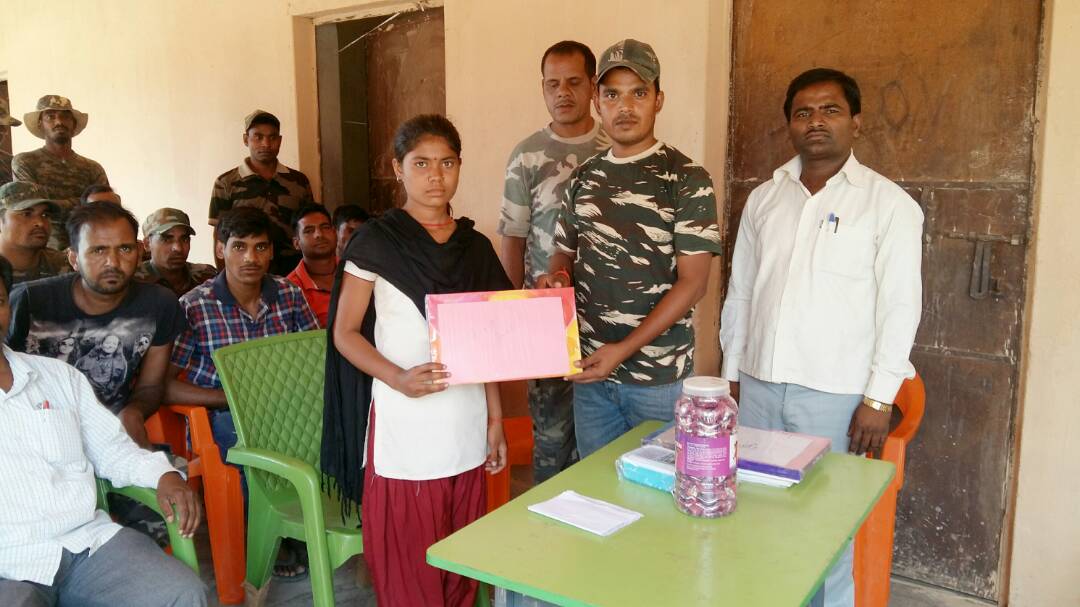 There are several of continuity and change inside families of Maoists in Jharkhand.First consider change.

On Sunday,Lalita Devi,wife of wanted Maoist leader,Ravindra Ganjhu travelled to Lohardaga from her home in Latehar to witness a volley ball match organized by the local police along with her kids and friends.

Satisfied and visibly happy by the fun and frolic at the venue-a friendly environment created by police for the local youth,that she immediately met the SP,S.Karthik,introduced herself,and sought his permission to make an appeal to her husband from the stage built there to facilitate winners.

After Karthik permitted her,she climbed the podium,picked up the micro phone and lectured the gathering .What she spoke?The sufferings of being a wife of Maoist Commander’s wife.

”Please quit the life in the jungle and become a normal civilian.I too aspire to lead a normal life like other women.Do something that your children will be proud of you.Of course children will not appreciate as long as you hold guns and remain wandering in the jungle”,Lalita said amid loud applause from the audience.

The state police headed by DGP DK Pandey had initiated a campaign -Tare Jamin Par(Stars at Grassroots)-ordering the police to organize cultural programmes and invite families of Maoists to participate in it.The move comes at a time when official data show decline in Maoist cases in Jharkhand.Here are the data.

Against this backdrop,the Maoists  were struggling to keep alive themselves.As such,they keep targeting soft targets such as train tracks to continue to extort ransom from businessmen and corrupt officials.While this kind of crime continued,many families of veteran Maoists have started accusing them and were making an appeal to give up arms and join the mainstream.

A heart touching story became public on May 28 when the police organised writing competition under Tare Jamin Par campaign at a school in Mahuwadanr block in Palamau district.

Among nearly 100 participants in this competition,slain Maoist Ajay Yadav's daughter Neha participated and wrote against Maoists."They(Maoists) go to poor people's house and force them to cook food...Roads were not built because they indulge in violence",Neha wrote.(Please read the text authored by her and acquired by www.jharkhandstatenews.com for its readers).

Neha was given first prize."I am very happy to have got the prize",she said with tears on eyes of this fatherless daughter of a slain Maoist.