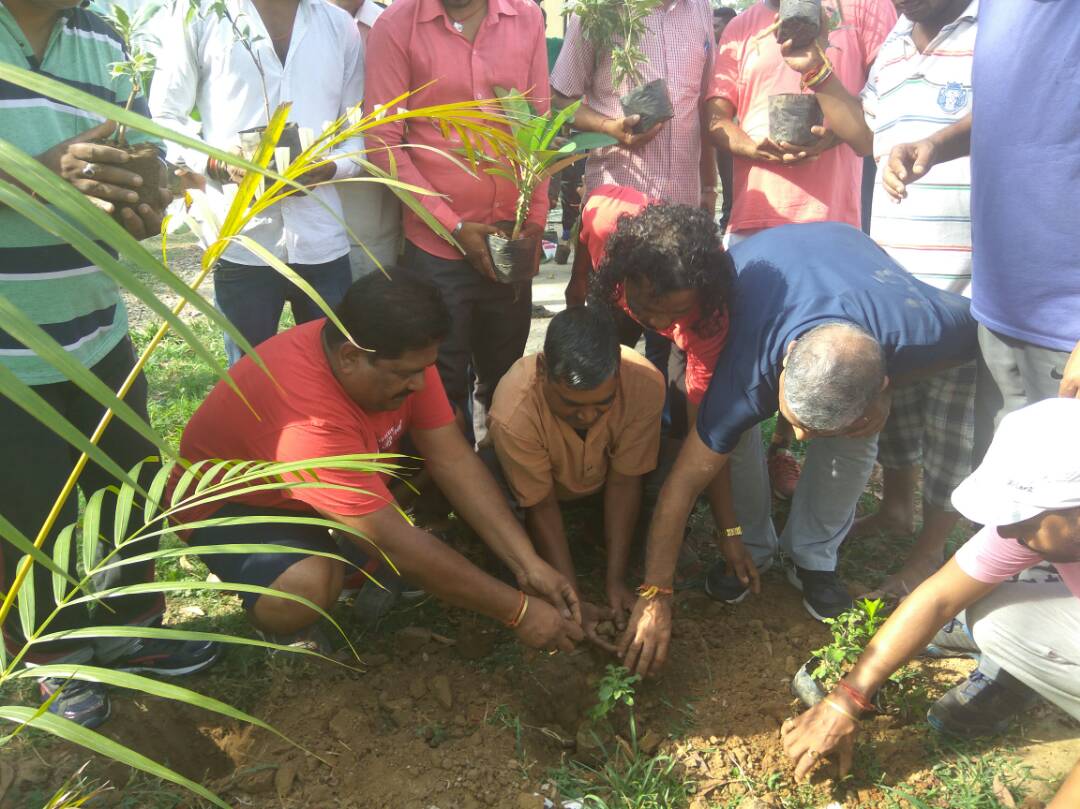 Awareness about the significance of green environment has spread to cities,towns and villages across the world.No wonder why students today gathered at Marda village in Gumla and planted saplings of flowers and fruits inside the office premise of Ranchi Security (P) Ltd.

At Raj Bhawan in Ranchi,saplings were planted by senior officials and IAS probationers.The programme was monitored by Governor's Principal Secretary SK Satapathy.

On this day in 2016, Governor Droupadi Murmu had planted saplings at Raj Bhavan.Today,like the previous year,she appealed to the people to do the same on auspicious occasions like weddings and birthdays.

Employees of the Raj Bhavan joined the Governor in planting saplings of various species,a Raj Bhavan release said in Ranchi.

Inside the Oxygen park in Ranchi nearly 400 saplings  including 10 Tulsi(Ocium Tenuifiorum) of different varity were planted by Akhilesk Kumar Ambashth,PS to ATI's DG,Harivansh,MP and Manoj Prasad,Editor,jharkhandstatenews.com.More than 250 prominent citizens and sports persons were present on the occasion.

Since Tulsi emits quality oxygen and keep CO2 away from the area 24X7,it is 100 percent eco friendly.And as such,said Prasad,it is a sacred plant in Hindu belief.

Traditionally,many Hindus regard it as an earthly manifestation of the Goddess Tulsi;She is regarded as a great worshipper of the God Vishnu.The offering of its leaves is mandatory in ritualistic worship of Vishnu and His forms like Krishna and Vithoba,according to wikipedia.