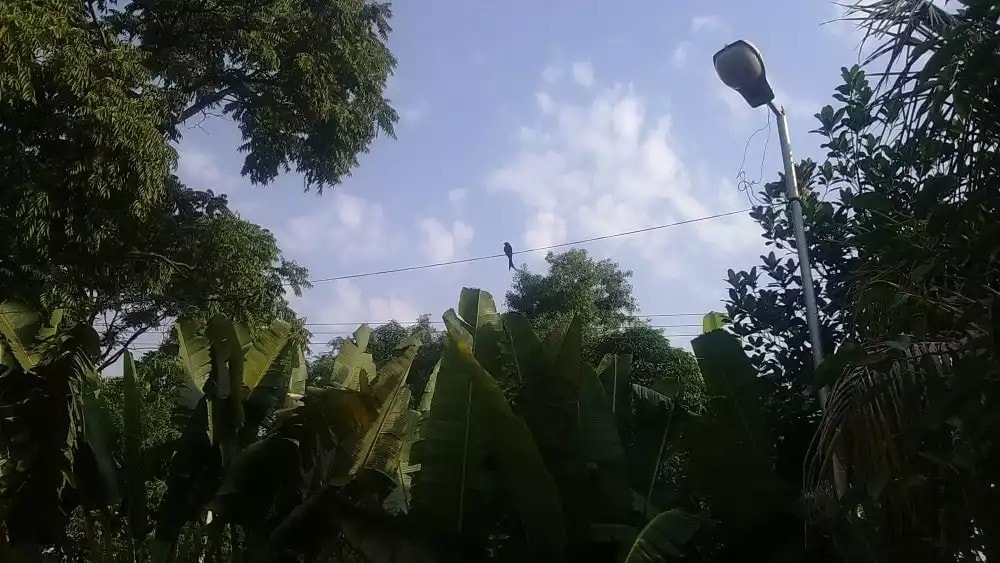 *Pic by jharkhandstatenews shows sky enveloped by trees and clouds at Morahabadi Maidan,Ranchi on June 5,2017 evening.

The capital of Jharkhand turned cool on Monday,as some areas reported a light drizzle. Minimum temperature across the state came down from 43 degree Celcius to 41 degree celcius, due to the effect of the cyclonic storm raging in the Bay of Bengal.

Ranchi’s minimum temperature decreased over 5 degrees Celcius in just one day  and is expected to remain on the lower  side during the next four – five days.However, the monsoon is expected to reach parts of Jharkhand by June 10.

However,this year, the city had to sweat out at 40-plus degrees Celsius on Saturday and Sunday.

Met personnel and experts say,in the past the temperature never exceeded 43 degree celcius.But due to  many anti environmental reasons such as population explosion,de-forestation,increase in number of  vehicles and ‘development’ causing felling of the tress had led to the increase in temperature in Ranchi.

According to weather officials, drizzles is likely to bring the temprature down to 30s during the coming week in the city.Incidentally,on June 4, the maximum temperature was recorded in Garwah district at 46.5 degrees Celsius followed by Palamau at 45.9 degrees Celsius.