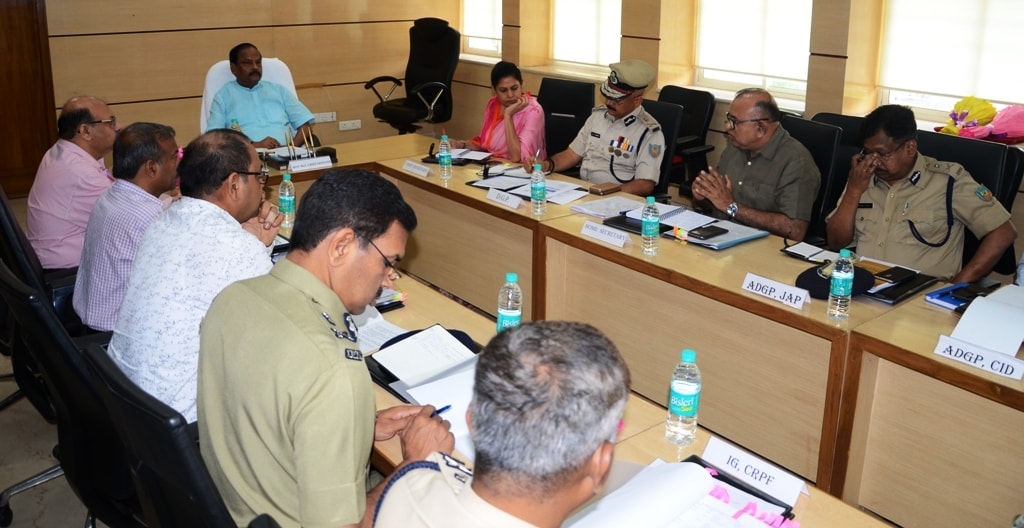 *Picture shows CM Raghubar Das addressing a meeting inside the Project Bhawan in Ranchi on Tuesday.

National Intelligence Agency is going to set up its office in Ranchi.

This was disclosed in Ranchi today by Jharkhand Chief Minister Raghubar Das who had met Union Home Minister Rajnath Singh in New Delhi on Sunday.

As per the plan,following the Military concept of 'Unified Command',a committe comprising security forces headed by Deputy Commissioner and SP has to be set up in every district to contain Left Wing Extremists
in Jharkhand,said Das in a meeting with top officers of the state.

Das informed that the Centre owed to the state government Rs 314 crores under Security Related Expenditure(SRE) and he expects to get the sum soon.

The CM reiterated that his government's priority is to contain Left Wing Extremist related cases in Jharkhand.