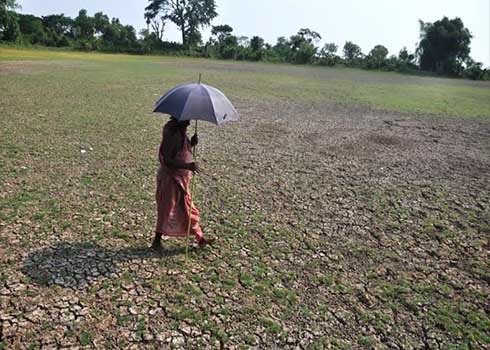 Clouds in the sky and farmers awaiting arrival of monsoon likely to reach Jharkhand soon.This is the ground reality in this state where a vast majority of farmers depend on the rain god to cultivate their farms.

In fact,if Met Department is to be believed,monsoon can come as its normal scheduled time of on-set is Friday,said an official of the Met department in Ranchi on Wednesday.

Earlier, monsoon was expected to reach Jharkhand on June 12.

"Monsoon was expected to arrive in Jharkhand by scheduled date of June 12. Now it could reach Jharkhand after June 15. There could be one week`s delay in arrival of monsoon," said the Jharkhand Meteorological Department.

Against this backdrop,farmers have kept their eyes and minds centred on the rain god.Already Dilu Mahto,a farmer residing in Kanke block in Ranchi district,has started plowing his field."We are praying for good rainfall this time",said Mahto echoing the sentiments of many farmers in Jharkhand.