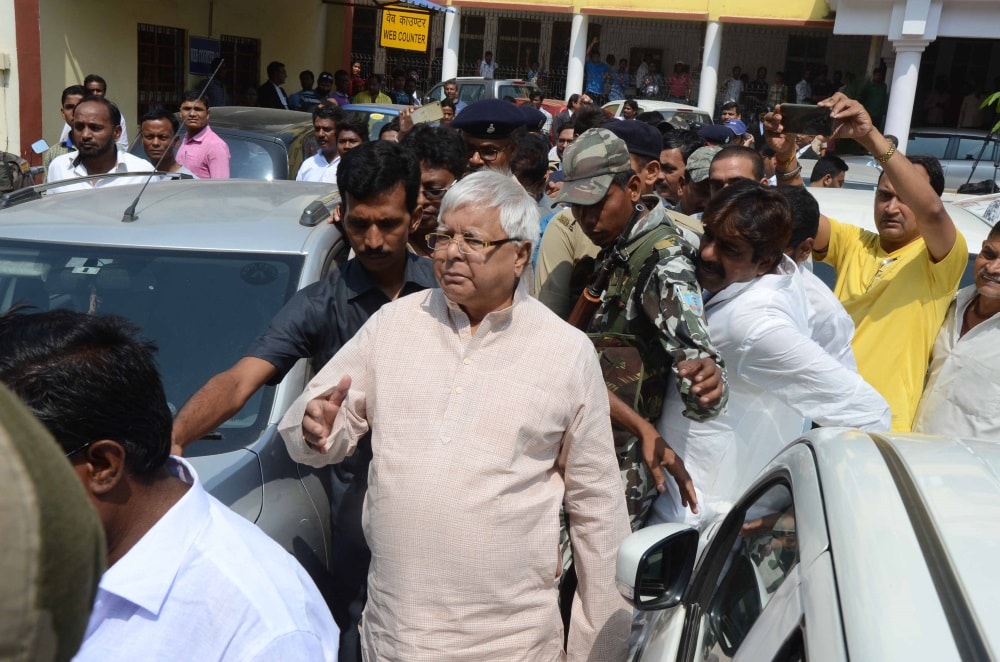 It was one of the five cases against him.In RC 20/96 case,he was convicted and is out of jail on bail.In RC 64/96,he appeared in response to a summon issued by the court.

In fact,the scam had hit the headlines and made Lalu get debarred from contesting elections under the Representation of the People Act, 1951. Now that trial in other four cases will go on, the former Bihar Chief Minister will have to wait for more time to fight polls.

A total of 45 persons were named as accused in the case. It has been learned that some of the accused had died during trial. Presently, the trial was going on against 27 persons. A total of 267 witnesses in this particular case of fodder scam in the Animal Husbandry department during RJD rule in Bihar and of this 34 have already recorded there statements.

As it is,fodder Scam case dates back to mid-1990s and involves embezzlement of around Rs 1000 crore from the Bihar government treasury during Lalu’s tenure as Bihar CM between 1990-97. Some estimates say the total public money embezzled in the scam was Rs 945 crore.

Earlier on June 6, RJD president Lalu Prasad had appeared in the special CBI court. Mishra and other accused also appeared then. Their appearance was in connection with fraudulent withdrawal of Rs 40 lakh from the Bhagalpur treasury in 1996. The court had summoned the accused for personal appearance.

After court proceedings ended,Ex Bihar CM got into his car and went to the guest house for rest.The court was packed with advocates and press persons.