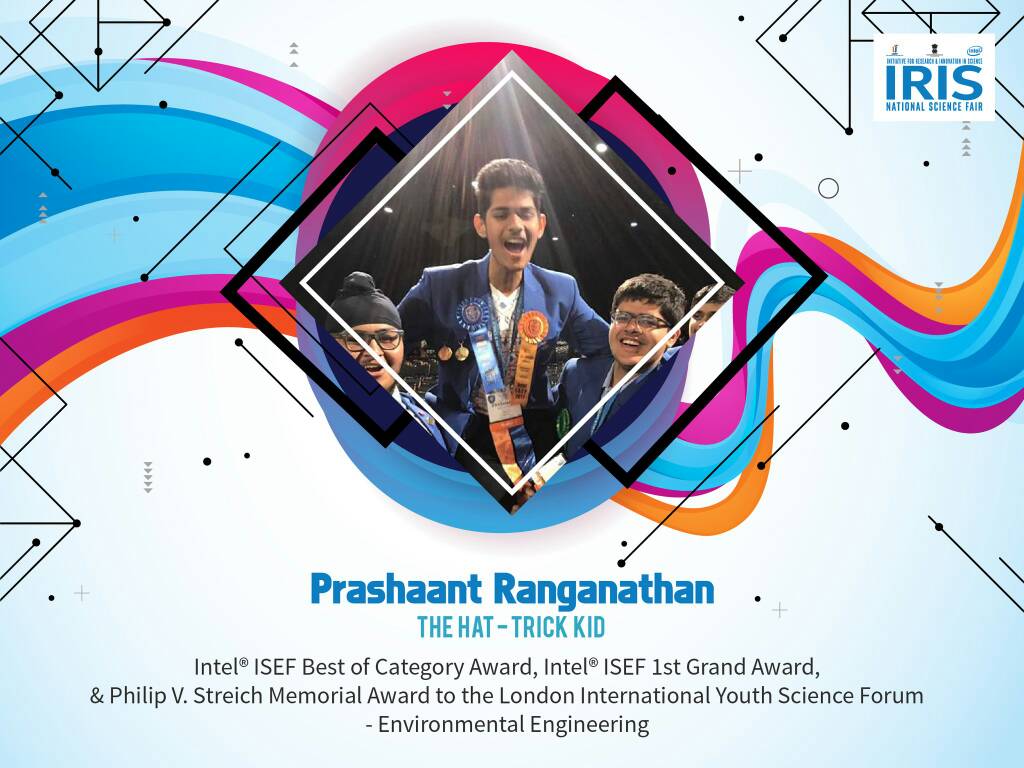 They did what many others can dream to achieve.They are two boys who have gained top awards.Both are based in Jharkhand.

Suwan,a second-year political science student of Shaheed Bhagat Singh College under Delhi University (DU), had received the trophy and the certificate from Union Minister for Mines and Steel Narendra Singh Tomar during an event organised by Utthan Samiti at Constitution Club of India, New Delhi early this year.

Recognised  as the youngest recipient, he was among 21 eminent social workers, poets, artists, writers and sports persons who were selected from across the country for the award instituted by the Union government last year for motivating people to achieve excellence in the field of social service as well as to realise the former President's goal of "clean, green, healthy and educated India".

Second is Jamshedpur based boy Prashant Ranganathan, a student of Carmel Junior College.Last month,he had won the world’s largest pre-college science competition -The Intel International Science and Engineering Fair (Intel ISEF) in the US in the environmental engineering category for his project on bio degradation of pesticides.

Ranganathan, a 12th grader,who was  among  20 high school students from various parts of India,had participated in the Intel International Science and Engineering Fair. He who thinks farmers must not use pesticide, was among 1700 students from across the world who had participated in the week-long event. Ranganathan’s  project was ‘Biodegradation of Chlorpyrifos using native Bacteria.’

As such Ranganathan bagged the coveted award for his innovation for fighting against pesticide and getting rid of its side effects through biodegradable use.

In fact,ISEF has been honoring young researchers since 1950. Created and run by Society for Science & the Public (SSP), it is the world’s largest international pre-college science competition. Now sponsored by Intel, ISEF this year brought together students from 78 countries, regions and territories.

The Intel International Science and Engineering Fair (Intel ISEF), a program of Society for Science & the Public (the Society), is the world’s largest international pre-college science competition.
Winners from Intel ISEF 2017 were announced on May 18 & 19.