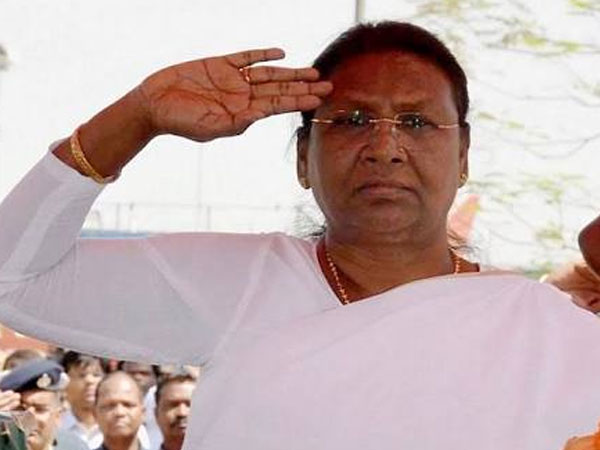 In her recently sent letter dated 24th May 2017, the Governor Murmu has directed the state government to reconsider the provisions of these Bills in view of as many as 192 complaints filed by tribals and their bodies.They included the top functionary of the Catholic Church-Cardinal Telesphore Toppo.

On April 24,www.jharkhandstatenews.com in its article-“CM in trouble:Opposition demands ‘apology’ & Governor to return CNT-SPT amendment Bills”-has broken this news stating that  amendments were introduced in two old tribal land tenancy laws – Chotanagpur Tenancy Act, 1908 (CNT Act) and Santhal Paragana Tenancy Act, 1949 (SPT Act) – by getting them passed  by the Assembly “without any debate” on November 24,2016.

As per the law,to make amendment in an Act,the Governor has to approve it.Notably,though Murmu belongs to the ruling BJP,she rejected the BJP government’s move,thereby showing her fabulous democratic ethics.She is learnt to have commented this:”I will not succumb to any pressure.”She proved she is a democrat par excellence.

No wonder why,while the CM Raghubar Das who had boasted and talked about himself saying that he does not ‘withdraw’ after he ‘takes a decision’,preferred to keep mum,all tribal leaders belonging to both the ruling BJP and the Opposition-Congress,Jharkhand Mukti Morcha,JVM and JD(U) have welcomed Governor’s move.

The EC had directed  it to lodge legal action under Prevention of Corruption Act against its Additional DGP Anurag Gupta and Advisor to CM Sanjay Kumar in a case connected with bribery of voters  in the Rajya Sabha Poll 2016.

The EC had taken this decision in response to the allegations of JVM President Babulal Marandi and two Opposition MLAS-Chamra Linda and Nirmala Devi.They had lodged complaints of horse-trading ahead of voting for two seats of the  RS in 2016.

Both had allegedly spoken to opposition legislators and tried to influence voting in favour of the ruling Bharatiya Janata Party and against the JMM candidate. The BJP had won both the RS seats despite the fact that the numbers were against it.The EC letter directed the state to keep it posted with the matter.

No action was taken by the Das government though the opposition parties have demanded the suspension and arrest of the ADGP and the Press Adviser.