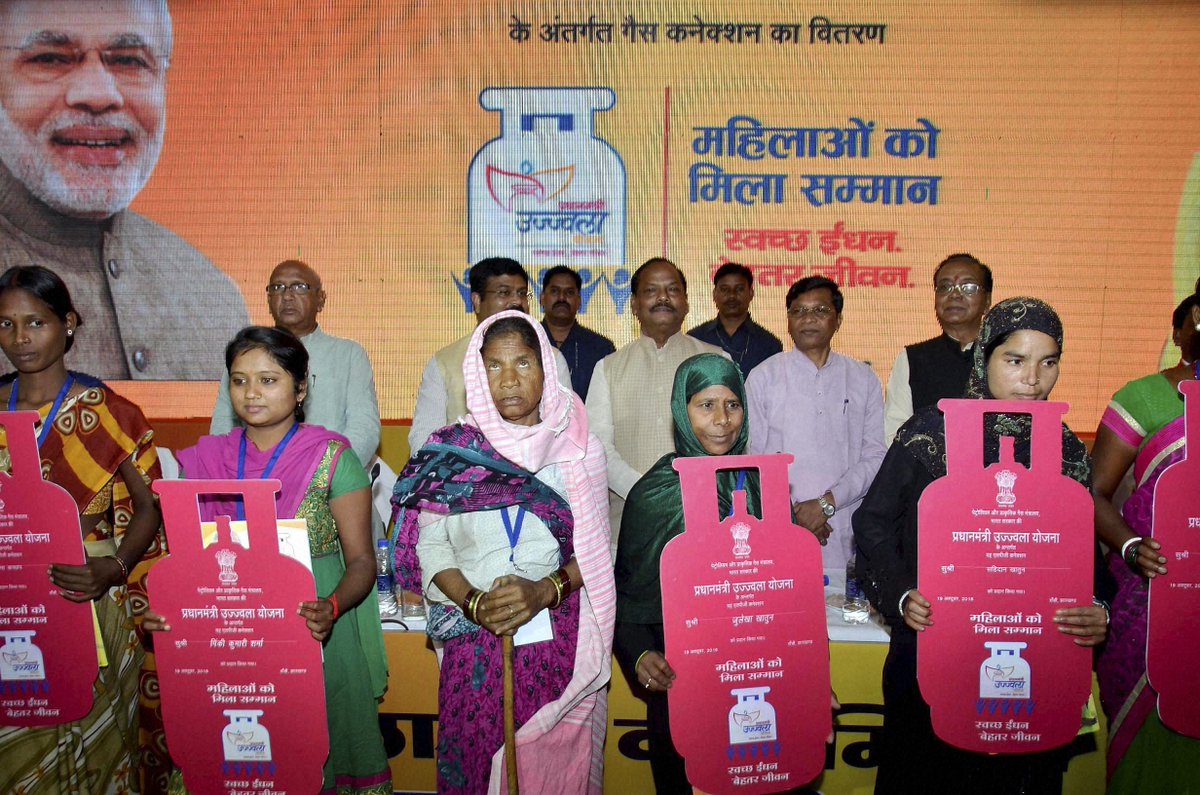 JSFCS Minister Saryu Rai has been at the helm of affairs eversince Pradhan Mantri Ujjwala Yojna was launched by Narendra Modi government in Utter Pradesh’s Ballia.Being an ambitious social welfare scheme for the Below Poverty Line(BPL) families,the Union government aims at replacing the unclean Chulha with the clean and more efficient LPG(Liquefied Petroleum Gas).This was on May 1,2016.

Less than one year later,after the Assembly elections in Utter Pradesh concluded,a survey conducted by the hindubusinessline.com concluded that the beneficiaries as: “ healthier, their homes are cleaner and they have more time to themselves”,the survey had quoted many beneficiaries of the Ujjwala Yojana in UP.

Another survey undertaken by financial consulting firm MicroSave in 12 districts of eastern, central and western Uttar Pradesh, revealed that nearly all of the beneficiaries of the scheme switched to cooking on gas as soon as the LPG cylinders were made available to them.

In Jharkhand,more than one year later,Rai says ”We are trying our best to attain the target”.

Its target was to provide LPG and stove
to 28.5 lakh families in Jharkhand.Achievement?Six lakh,twenty thousand,four handred and forty nine(6 lakh,20,449)  families had benefitted from Ujjwala Yojna.The official data released by JSFCS on Thursday revealed that there were three PSCUs –HPCL,IOCL and BPCL-supplying LPG and stove in the state.

Among these PSUs, HPCL,IOCL and BPCL have provided 1,85,561, 3,18,203 and 1,16,685 LPG plus stove to equal number of families respectively in Jharkhand.This means that the achievement was less than 24 percent during the past one year.Will it be able to attain the target within less than one year?

While the answer is awaited,JSFCS has made notable headways in other sectors.In connection with computerization of Public Distribution System shops,the official report shows these facts: