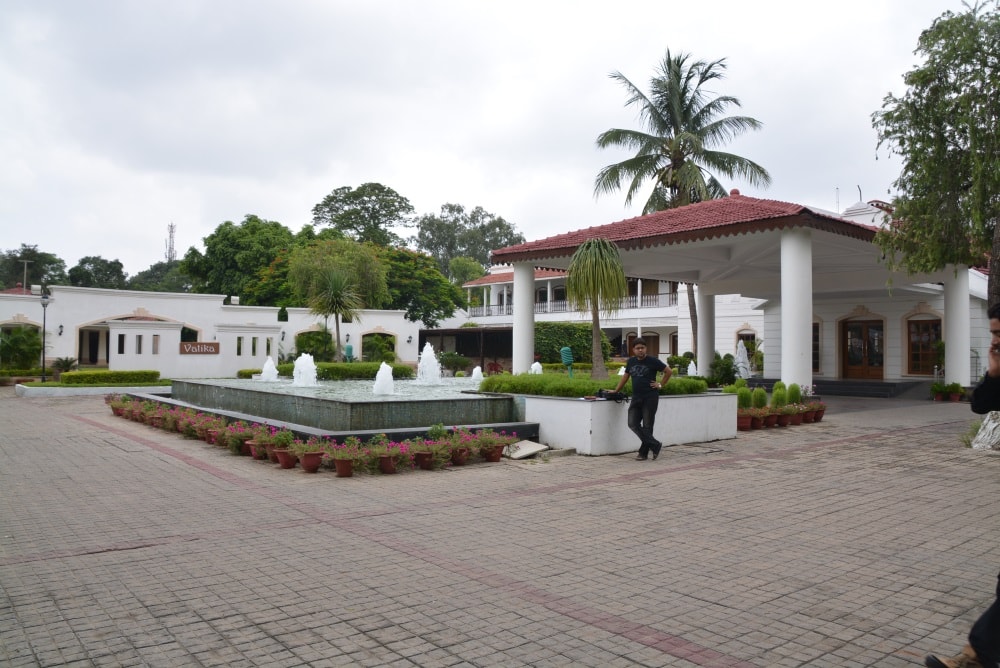 Ranchi based star hotel BNR Chanakya is in the news with the CBI investigating into the charges of "criminal conspiracy, cheating and criminal misconduct" against Bihar ex CM and RJD Chief Lalu Yadav his wife Rabri Devi,his son and Deputy CM Tejashwi Yadav, Sarla Gupta, who is the wife of Lalu's close associate Prem Gupta, proprietors of a hotel group and a former IRCTC official.

On July 5,the CBI had registered FIR against them on the same charges and two days later on July 7,the CBI sleuths carried raids in four cities.Notwithstanding political impact of the investigating agency’s move,the BNR Chanakya hotel is a popular hotel in Ranchi with its own history.It was set up by the British government for Indian Railways in pre-independence period.

The FIR filed by the CBI against the above accused indicates that one Vinay and Vijay Kochar, owners of Chanakya  and Sujata Hotels in Patna, had got the sub-lease of rights of two railway hotels-one at Puri and second at Ranchi where it exists under the name-BNR Chanakya.

Records revealed that ex Railway Minister Lalu Prasad Yadav had visited and addressed a press conference inside BNR Chanakya,recalls a journalist who had attended it.

More than a decade later,his footprints are no where visible over  5 acres of its land,though BNR Chanakya has 14 iconic heritage rooms,each showing the glory of the Indian Railways rich and historical past.All are built in the old world lavish spaces overlooking lush landscaping.

In any case,after they got the lease of these hotels,nearly two acres of prime land in Patna was transferred to a firm, Delight Marketing, at lower than circle rates in 2005. Later the company, managed by Sarla Gupta, was transferred to Rabri Devi and Tejashwi Yadav between 2012 and 14.

Though RJD has claimed that the land transfer took place ahead of the railway hotel contracts and so did not reflect a conspiracy, CBI has pointed to the transfer of shares to Lalu's family. The hotels including BNR Chanakya were intended to be managed by IRCTC. The land sold to an entity controlled by Sarla Gupta was falsely shown as agricultural land, the complaint says, and claims that the conspiracy was hatched soon after Lalu became Railway Minister in 2004.

The procedure for award of contract was allegedly manipulated to suit the requirements of the Kochars as they would not have been eligible as per conditions specified in a November 15, 2006 advertisement.

Now,when the BNR Chanakya hotel was subject of inquiry,the question doing the rounds in political circle in Ranchi is:Who owns and runs this classic hotel owns owned by Indian Railways –IRCTC?Are Vinay and Vijay Kochar,who had got the lease of rights during the tenure of the ex Railway Minister Lalu Yadav,manage and run it or they had illegally sub leased it to any Congress leader in Jharkhand?

“Investigation is on.We will find out the truth and answer your question”,replied a senior CBI officer.