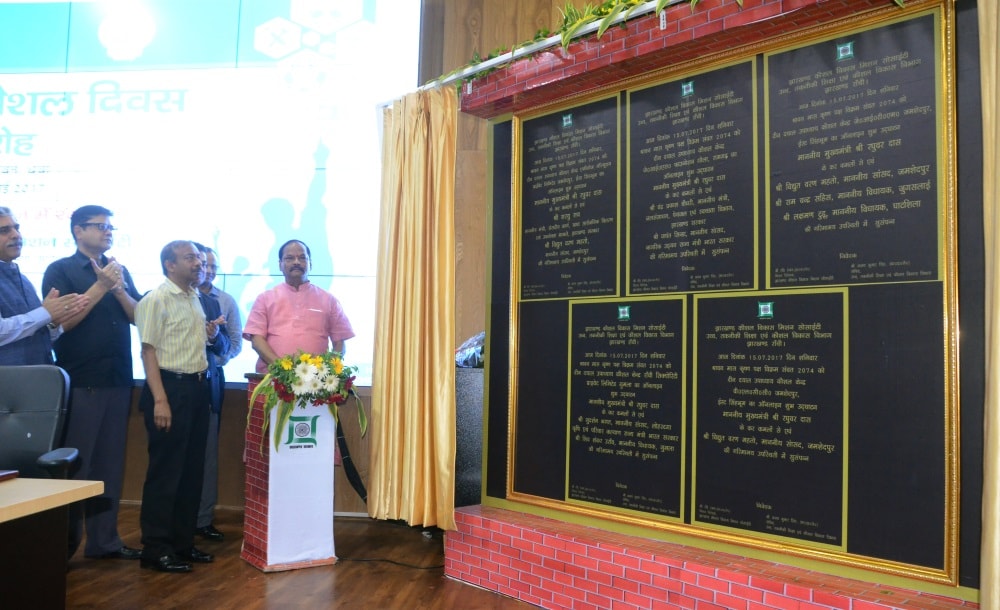 As per the state government’s plan,40 skill development centres have to be set up in Jharkhand.Five of them were inaugurated online by the CM on Saturday.

Addressing the function after inaugurating the centre,Das said there are two ways to take country ahead i.e. Development and good governance. He called upon people of the state to cooperate with the government.

”The dream of the Prime Minister Narendra Modi is Inclusive Development”,he said adding that  government is working to provide employment opportunities.

The CM said that 24 and 16 skill development centres will be set up during 2017-18 and 2018-19 respectively.In the first stage,centres will come up at Jamshedpur,Gumla and Ramgarh.To provide training,17 agencies were incorporated.

The plan is to provide training to 68,000 youths.During the inauguration function,Mera Hunar App was launched.It carries 70 trade services,in addition to seeking service provider’s institution and a page to register himself/herself.In case,any body wants to employ plumber,he can to the page and search which will provide details of the available plumbers.

The function was attended among others by Development Commissioner Amit Khare,Skill Development Secretary Ajay Kumar Singh,its Director Ravi Ranjan and representatives of Jharkhand Kaushal Vikas Mission,Tata Institute of Social Science and ILFS with whom MoUs were signed.