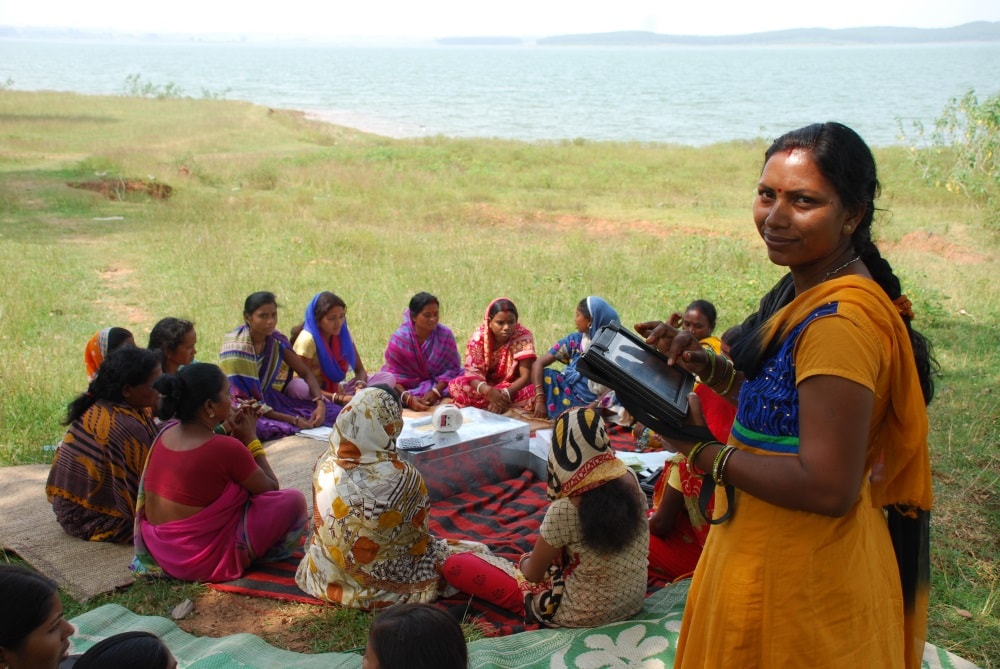 When a woman decides,she moves forward with a kid in her lap and a tablet in her hand while leading and managing Self Help Groups(SHGs) in rural Jharkhand.

No joke this.Rampi Devi has made it a reality at Sonso village under Angara block in Ranchi district.She moves around Angara with a tablet in her hand and,whenever required, she uses it to maintain records of her Self Help Group."This has made my work simple and transparent",she giggles with a sense of pride visible on her face.

She is among 700 women across Jharkhand.Many of them lived and thrived with tablets in Maoist infested areas of Ranchi,Gumla,Lohardaga and Simdega districts.Incidentally,none of them were opposed by any Maoist.

In fact,at ground zero where roads were dumpy,education poor and electricity scarce,they managed to hold,keep and use tablets on a daily basis.More,each of them appeared to enjoy maintaining financial accounts of their SHGs as well.

Records show that these women were given tablets and trained to use them by the state government run body-Jharkhand State Livelihood Promotion Society(JSLPS).The move was a brainchild of an IAS officer of 1987 batch,N.N.Sinha who is Additional Chief Secretary,Rural Development,Jharkhand.

Some time back,these women used to keep records in hard copies.These records were connected with the financial data of loans, date and proceedings of the meeting, amount recovery and so on.Also,many of them carried hard copies of transactions and details of the meetings held at JSLPS office located at Radium Road in Ranchi.

All these paper files are things of the past.Now, they have nothing to do with hard copies and soft copies.Instead,they made use of tablets to record their official data and documents.This had generated a wave of change in their lifestyle.More,when they interacted with their neighbours,they not only inspired them,but also worked to bridge digital divide in society.

"In my village it has become a status symbol now to have a tablet",smiles Reena Tinku,a housewife.Another tablet woman laughs saying,"When I got it as a gift, tablet looked like a playing machine.Today,I feel it is game changer as it has made my life smooth and strong."