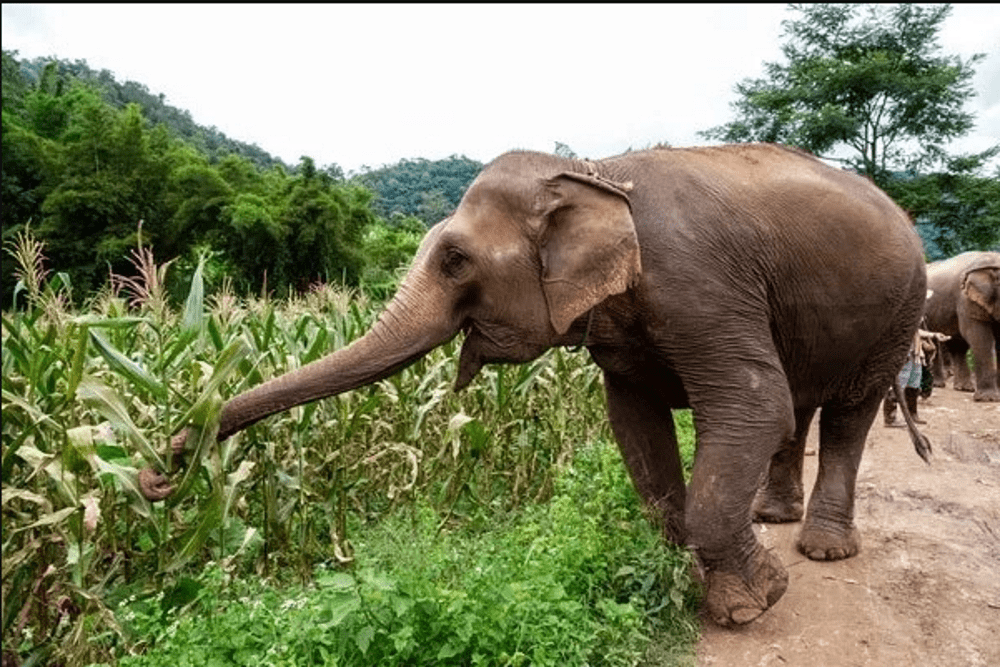 Chief Minister Raghubar Das seems to be at wit's end.Apart from the fallen bridges and culverts damaged by heavy rains,the worsening condition of the state's roads and crippling power shortage in both urban and rural Jharkhand,he has some animals'  invasion  to take care of too.

With wild elephants straying away from neighbouring Bihar and moving into villages in Jharkhand's Sahebgunj district,killing and destroying crops,the state government's forest department is pulling out all steps to contain some elephants.But there was no relief to villagers,states a complaint lodged by Shahmat Ali Khan.

Khan,a well known shooter,in his complained submitted at the forest department,states that while he was touring the villages in Sahebgunj,men and women were compelled to spend sleepless nights.

"Many of them were weeping",he said adding that they had to run away from huts with children in their hands at 2-3 am in the night after elephants enter and start attacking on their huts,a daily feature during the past one month or so.

Already,these wild elephants had killed 3 and 9 villagers in Bihar and Jharkhand respectively.After he submitted the report,villagers await action.However,since forest department personnel did not have tranquilizer guns,they were left with no choice but to wait and watch.

As elephants continued to be on the rampage and plight of villagers remained unaddressed,the state government led by CM Das was not expected to leave itself unmoved.Das was not available for comment.

Incidentally,many affected villagers were tribals. Some of them perceived the Das government as 'anti-Adivasi'.With a sense of hopelessness,some of them have reportedly swung into action around dusk.They got scores of torches lit and raised a din with the beating of drums last night.