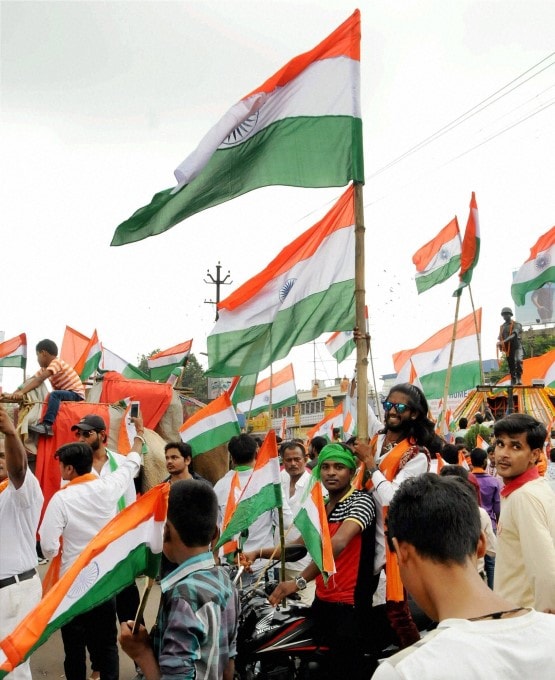 Clouds and drizzle failed to stop students,staff and officials from going outside home to reach Morahabadi Maidan in Ranchi to  celebrate the 70th Independence Day.

The day started early for Chief Minister Raghubar Das,Chief Secretary Rajbala Verma,DGP DK Pandey and otrhers, who walked from their neighborhood to the Morahabadi Maidan in Ranchi for the spirit of Independence.After Das hoisted the Tricolour,he got the salute.

The Tricolour was hoisted by Governor Draupadi Murmu in Dumka where hundreds of students and officials turned up to witness the historic event.

Both Governor Murmu and CM Das spoke on the occasion and talked about the state government policies and achievements,in addition to wishing citizens happy independence day.

The spirit of Jharkhand on Wednesday morning was capped with a parade and salutes in village as well as towns and cities across the country including Jharkhand.

"I think a lot of time on the Independence day is spent looking at the tricolour.Many others take the chance to go places instead of staying home for things like this national festival",said a lawyer Jagdish Chandra.

His wife Kavita  said she believes that  polarized politics has caused the sense of community and participation in the national event  to deteriorate in many cities.

"There's no tolerance for people who are different anymore," she  said. "We need more tolerance, and we must get back to a place where we can agree to disagree."