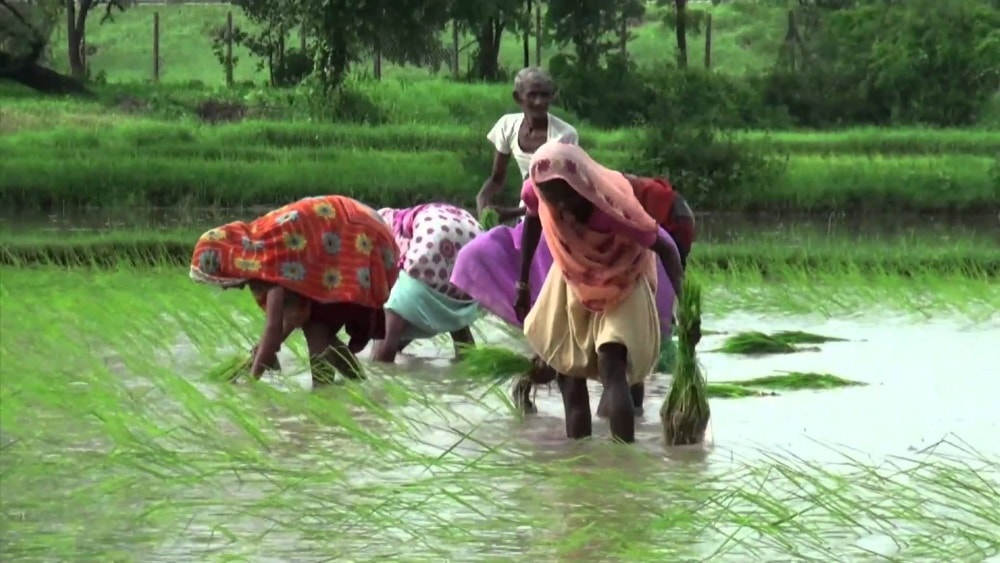 Aukmuni Munda is picking up grass around her farm smilingly."It is not grass",she says and points out that she was removing weeds to provide space for the plants to grow and develop healthy paddy.

Akmumi is not a strange case.Like her there were thousands of tribal and non tribal farmers removing weeds from paddy fields.All of them were in cheers after their areas in Jharkhand had gained surplus rain fall between June 1 and August 18.

Due to surplus rainfall,the paddy sowing coverage which was  mere 30.01 till July 1,recorded 96.05 percent on August 18.As a result,the percentage of sowing increased bringing a sigh of relief and cheers among farmers.

This is for the first time paddy sowing coverage had reached over 96 percent by August 18.Last year,official records showed that production of paddy is about 50 lakh metric tonnes had witnessed 79.53 percent of paddy sowing by August 1,2016.

Notably,against the state agriculture department's target of paddy sowing in 17.70 lakh hectares of land,the sowing had reached over 17 lakh hectares so far.In Giridih,however,only 86.6 percent sowing was recorded.Elsewhere,sowing coverage is over 90 percent across the state.

If the Met Department's prediction of a "normal" rainfall in September proves correct,paddy and other kharif productions are likely to be bumper for the second consecutive year in 2017.Which is why farmers seem to be expecting record harvesting this year.