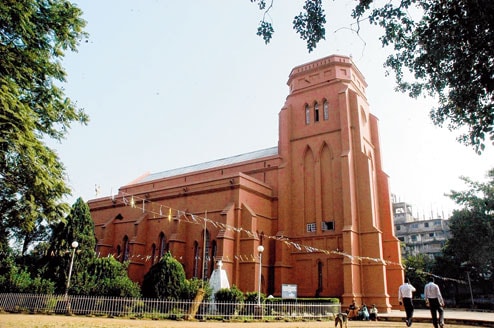 Gossenor Evangelical Lutheran Church in Jharkhand and Assam is changed.Just take a walk down its premise and the ground located behind the GEL Church marketing complex in Ranchi.

Empowerment of women is not just its principle,but a visible reality.The ground is packed with green plants.The air is clean and there is no dearth of oxygen.Sujya Kujur was selected to lead the green  GEL Church as its General Secretary.

Sujya,who had retired as General Manager(Human Resources) of the Mumbai headquartered Nuclear Power Corporation of India Ltd,is the first woman to hold this prestigious post of of the GEL Church.

GELC is a major Christian Protestant Denomination in India.Set up here on November 2,1845,it has hundreds of thousands of members.All of them belong to National Council of Churches in India,United Evangelical Lutheran Church in India,Lutheran World Federation and World Council of Churches.

Records show that Sujiya,who is a resident of Babu Lane Compound located inside the GELC complex had done her MBA from Ranchi based Xavier Institute of Social Service.

Sujya is slated to take oath of the new post on September 4,2017.She will be the successor of Yeliajar Toppo who is slated to retire on August 31.From beginning till date,there were six General Secretaries.All of them were male.

In fact,four missionaries from Germany had set up the GELC by setting up a camp inside its premise on November 2,1845.GELC Coordinator informed that Sujya will take oath of the post in a colourful function."Already preparations have begun",he said.