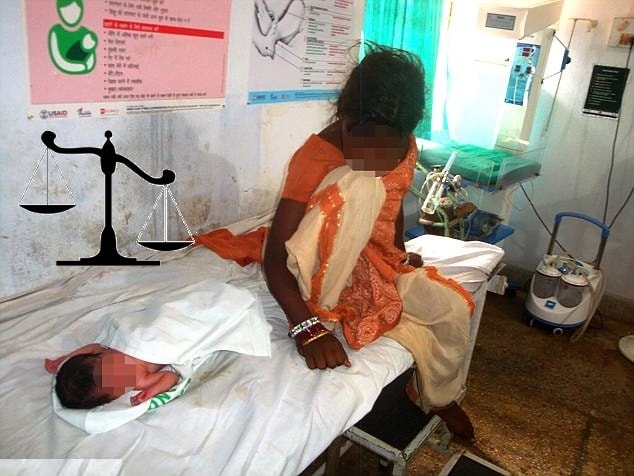 The shocking case of an abandoned teenager who was forced to give birth to her baby on the side of the road after health centre staff refused to help her has taken a turn in the local officialdom in the state.

The incident took place on August 26.Soon,after the court in Saraikela Kharsawan took suo motu cognizance of this case and directed the District Child Welfare Officer Satosh Kumar Thakur,the baby and her mother were being looked after by the Department in  child home in Khunti.

Principal District Session Judge,Saraikela Shiv Sharan Dubey had directed the police to catch the boy friend and lodge FIR against him.The court also directed the district administration to look after the health and economy of both mother and the child.As a result,Saraikela DC Chawi Ranjan is learnt to be provide the needed help to them.

As it is,the 17-year-old girl, from Saraikela-Kharsawan district, in Jharkhand,was in a relationship with a man in her village when she fell pregnant.He left the girl when she told him she was pregnant.Later,even her family turned their backs on her fearing they would be shamed in society.

'There was some confusion but we are trying to do our best for the baby and her mother,'a senior officer said adding that Rs 25,000 was paid to the mother as grants-in-aid.The girl and baby are now normal and were living in a women's shelter Mahila Suraksha Griha, in Khunti.

Dr Lakhindra Hansda is credited to have looked after both mother and baby.