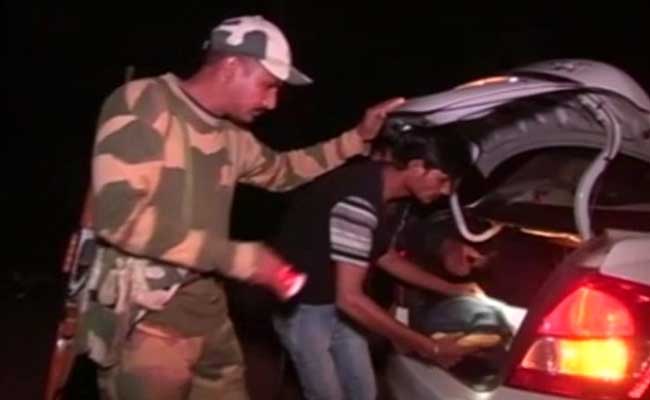 Police is understood to have traced the route used by the CPI(Maoist) to collect cash and jewelries procured from Palamau division in Jharkhand.

This breakthrough comes after the arrest of Satyanarayan Reddy,business aide of the famous fugitive CPI(Maoist) leader Shudhakar's brother and B.Narayan near Ranchi railway station and recovery of Rs 24.15 lakh in cash and one and half kg of gold biscuits worth around Rs 12 lakh from them that were to be delivered to Sudhkar's family in Telangana.

Four Jharkhand men-Daltongunj based Chota Babu and Kamal Singh and Gumla based Prabhu alias Mintu and Pawan Patel who were contractors -were key associates of Sudhakar who used Satyanarayan and B.Narayan to come from Telangana,camp in Garu forest area of Latehar falling under Palamau division in Jharkhad,collect cash and jewelries gathered through 'levy' by the CPI(Maoist) local members and return to Telangana.

In Telangana and its adjoining areas of Andhra Pradesh,Sudhakar led group comprising one Raja Reddy from Mehdipatnam of Hyderabad.Jabair and Santosh Lingam from Mancherial and Jeevan Sandeep from Malkangiri invested Sudhkar's money and jewelries and helped him grow his assets.

These vital details were provided by Satyanarayan and B.Narayan during their interrogations,it is learnt.

Back in Palamau,Prabhu,Babu,Singh and Pawan were backing Sudhakar through Satyanarayan.On August 30,Satyanarayan and B.Narayan were reportedly dropped outside Garu by an armed squad.Later Prabhu took them and dropped them at Ranchi railway station.

Now,while the Police in Hyderabad were trying to nab Raja,Jabir,Lingam and Sandeep,their counterparts in Jharkhand have launched raids to arrest Prabhu,Babu,Singh and Pawan.

It is believed that by gaining these vital information from the arrested duo-Satyanarayan and B.Narayan-the police led by Ranchi SSP Kuldip Dwivedi have broken the illegal financial network of the banned ultra left wing outfit -CPI(Maoist).