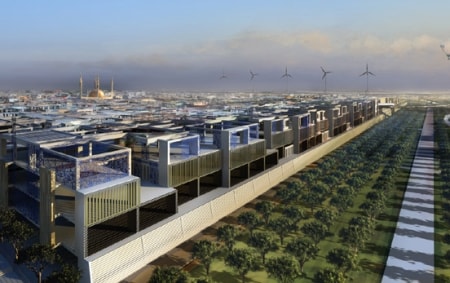 The Vice President Venkaiah Naidu is set to lay the foundation stone for the smart city in Ranchi on September 9,2017.

As per the schedule,Naidu is to lay the foundation stone of the smart city project in the ground breaking ceremony in Dhurwa area on Saturday.Jharkhand CM Raghubar Das among all top brass of the state government are slated to witness the event.

As per the state government's plan,Ranchi is among 98 cities across India picked by the Narendra Modi government for the smart city project.It is to be built over 653-odd acres of land in Dhurwa.

Today,while Ranchi stinks with dirt and filth and suffers from shortage of electricity and pot holed roads,the smart city project of the government has raised eye brows.

However,the smart city mission envisions of developing an area within the city as a model area based on an area development plan,which is expected to have rub off effect on other parts of the city and near by the cities and towns.Ranchi was selected based on the Smart cities challenges,in which cities will compete in a countrywide competition to get benefits from this mission.

In Ranchi,the state government will execute the project on the unused and barren land taken over from the sick PSU-Heavy Engineering Corporation Ltd.In accordance with the plan,the smart city will have a capacity to accommodate 1.50 lakh people.

More,there will be four entry and exit gates.One gate will be located at 0.5 km from Hatia railway station.Another gate will be built nearly 2 km from the Birsa Munda Airport in Ranchi.Nearly 2.5 km road inside this smart city is planned to be 40 metre wide.

The CCTVs to be put up across this smart city.Inside this smart city,Rs 191.64 crore Urban Civic Tower is planned to be built by the Shapoorji Pallonji Group(SP Group),a well known business conglomerate in India having wide interests in construction,real estate,textiles,engineering goods and so on.