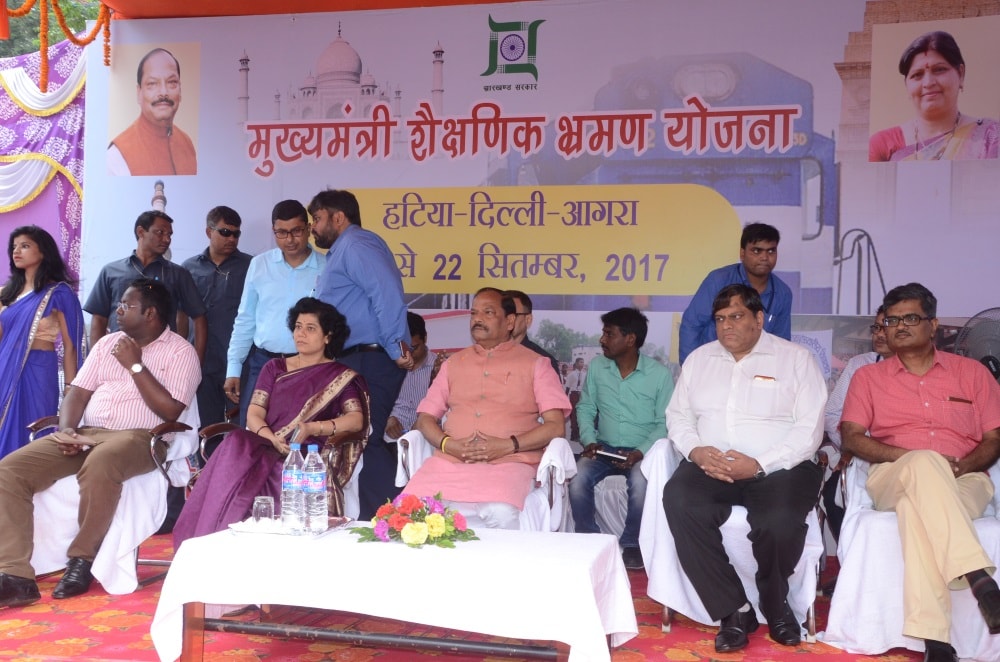 Jharkhand CM Raghubar Das in a programme held in Ranchi on Monday, launched an ambitious Educational Tour scheme- Mukhya Mantri Shaikshanik  Brahman Yojna for the students of government run schools of the state.

Speaking on the occasion the chief minister said that for the overall intellectual development of children, apart from games & sports, travelling to new places is also very important.The children of private schools often travel in other states, but the children studying in the government school of poor and middle-class are deprived of it.

He said that it is important to know one's country in student life. Teachers accompanying the students during the educational tours would educate about the culture, history and architecture of historical buildings and places to the children. He also opined that this will enable the children to learn about the culture of other states as well as gain knowledge.

The Chief Minister also said that the world is changing fast, and the state government is constantly making efforts to make children of the state move ahead with time. Such excursions will awaken confidence in children and their personality will be enhanced. This will change their thinking and will be able to contribute a lot to the development of the state and the state.

Today, the first train, filled with 900 children, was flagged off under the Mukhya Mantri Shaikshanik  Brahman Yojna. This train will travel to New Delhi and Agra. 50 teachers are accompanying these students who will guide them throughout the tour. All arrangements for the children's food and drinks have also been made. Apart from this, security has also been arranged.