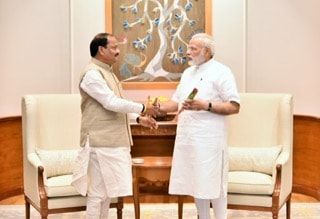 The Chief Minister also informed in detail about the Cleanliness Drive, Garib Mela, Sarkar Aap ke Dwar and other programmes to the prime Minister. He also said that during this period, infrastructure related projects amounting to 8 thousand 500 crore were either inaugurated or the foundation stones were laid and assets of more than 500 crores were disbursed among one lakh people of the state.

The Chief Minister also presented to the Prime Minister, a book published by the state government to commemorate 1000 days completion of Raghubar Das led BJP government in Jharkhand.