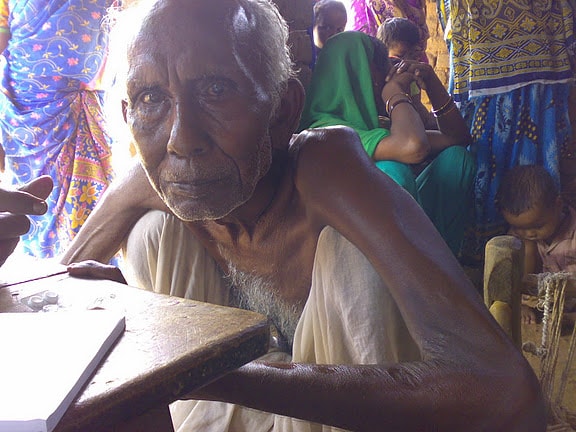 Seventy year old Narendra Singh fell from the stair case and broke his hand.In absence of his late wife and son who stayed abroad,a constable got him admitted in hospital where he was undergoing treatment.Since he lacked family members to look after him and draw money from the bank to buy medicines,he suffered from depression.

It is learnt that since elderly are expected to comprise nearly 20 percent of India's population by 2050,programmes to to deal with their issues must be planned now,before the concerns grow severe and become unmanageable,highlights the recent report by United Nations Population Fund(UNFPA).

At the launch of the report in Delhi,Diego Palacios,UNFPA representative is on record saying that the elderly should not be viewed as a burden."With the right policy,they can still make a contribution to society",he said.

Notably,these elderly people suffer untold miseries in draught affected rural areas where due to loss of agriculture work,their sons and daughters migrate to cities in search of jobs leaving them to starve.Many die due to starvation,it is learnt.

T.Gehlot,Union Minister of Social Justice and Empowerment,has informed  that Rashtriya Vayoshri Yojna,a government initiative was introduced by the Narendra Modi government in April 2017.Though this scheme aims to provide subsidised assisted-living devices such as hearing aids,walking sticks,eyeglasses,etc to senior citizens,psychological and financial instability remain to be addressed.

Moreover,the state government agency is yet to advertise this scheme to benefit the senior citizens in Jharkhand.