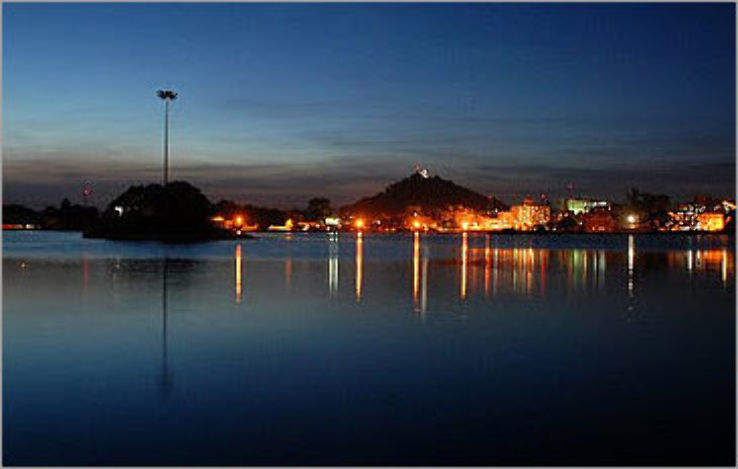 *Representational picture courtesy hlimg.com shows Badka Talav in Ranchi during the wee hours when the devotees take a dip in its water to offer prayer s to the setting and rising Sun during Chhath festival.

While devotional songs sung by women to thank the Sun for bestowing the bounties of life on earth as also for fulfilling particular wishes,the municipal corporation staff and cops have nothing in common except that they were asked to attend duty during the Chhath festival

In fact,Chhath is an ode to the Sun God,a festival celebrated with millions of devotees across the state keeping fast and offering prayers while dipping in water.

In the backdrop of the lively sound of folk songs that can be heard across the state,the BJP government in Jharkhand has cancelled the leaves of Municipal staff and the cops and directed them to report on duty.

As per the order issued by DGP DK Pandey all leaves sanctioned earlier stand cancelled till October 27.They were deployed to maintain law and order and provide security to devotees during the four-day long Chhath puja -October 24-27,2017.

Similarly the Municipal staff comprising drivers,cleaners and clirks were directed to clean the water bodies-ponds where devotees take a dip in water and offer prayer to the setting and rising Sun.To ensure that the water and all ghats of these ponds were cleaned,senior officials were working round the clock.

Notably,there is no opposition,no objection raised by any one of them.In fact,all police personnel across the state have been asked to remain on duty till October 27-the last day of the Chhath which is one of the most popular festivals in eastern UP,Bihar and Jharkhand.

As it is,Chhath puja is celebrated on the 6th day after Diwali and it is dedicated to the Sun God.