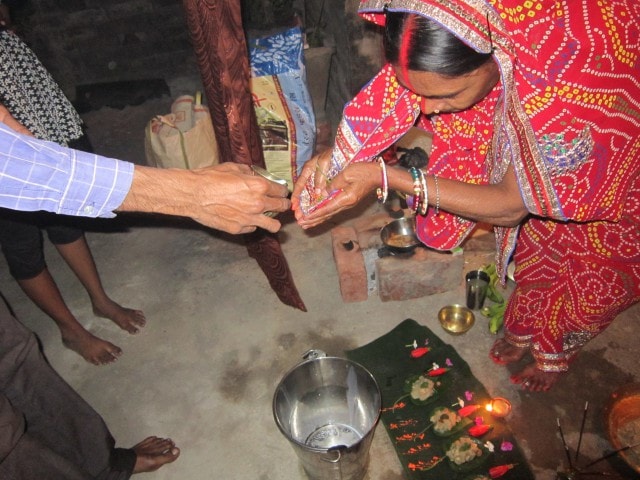 As devotees were to take a dip in water and offer prayers to the setting and rising Sun.the state administration has cleaned the banks of ponds and rivers.More,the private bodies have decked them up for devotees.

Amid strains of folk songs dedicated to the Sun God and aroma of traditional offerings filling the air, the devotees were out to pray and worship the Sun as cosmic energy.The puja is observed mainly by the people from Bihar,eastern Uttar Pradesh and Jharkhand.

Even the national capital has a sizeable population of people from these three states.They observe Chhath on the banks of the Yamuna or ponds, lakes and canals.While in Ranchi,the ponds and rivers such as Suvarnarekha and Damodar were preferred to offer prayer,in New Delhi,some of the major ghats include, Qudsia Ghat, and ghats at Wazirabad, Sonia Vihar, Najafgarh and Kalindi Kunj.

Many devotees also observe the festival by converging at parks and gardens, where makeshift arrangements are made for the puja.

Chhath, this year, is being celebrated from October 24- 27. The devotees offer Arghya to the setting Sun and the rising Sun in succession on the last two days of the puja.

The first day marks the ritual of Nahai-Khai when devotees prepare traditional food after bathing.

The second day is called Kharna, during which devotees observe a day-long fast which ends with sunset. They then cook kheer (pudding) and roti on earthen chullahs, which is then distributed as prasad.