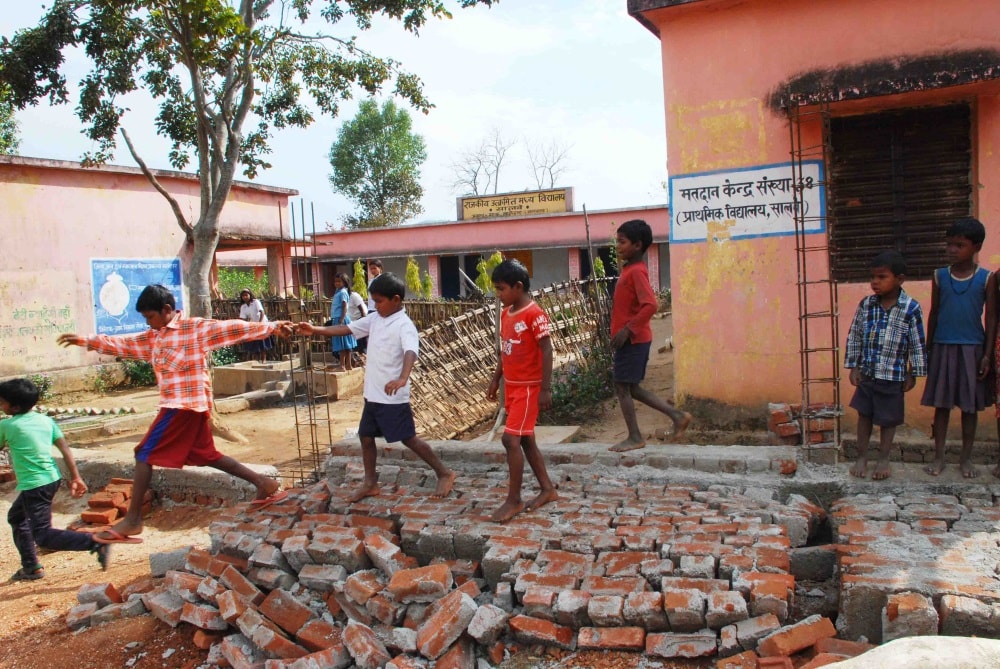 Contrast is too visible to be overlooked.While parents of boys and girls were gearing up to get their wards admitted in private schools,the state Education Department claims that it has upgraded government run schools in Jharkhand.

"My son was taught English by a Hindi teacher.Even his Math teacher did not know ABC of Mathematics.I have decided to get him admitted in a private school even though it is going to cost us heavy every month",cribs Ranjit Murmu,a farmer in Khunti,echoing the sentiments of scores of people in rural areas of the state.

However,the Department's record shows that the state government run schools lacked teachers.This was not so now as the number of teachers which was 12057 in 2014 has gone up to 18,068 in 2015.

Similarly,the parents complain that due to lack of electricity,toilets and water facility,students suffered from untold miseries."It is in terrible state.We don't want our kids to get educated in this kind of school",said Sukhdev Mahto,a daily wage carpenter.

"All these are official data.At ground zero,the scene is too bad.The quality of education has gone from bad to worse",said Sukhdip Murmu,a farmer in Simdega.