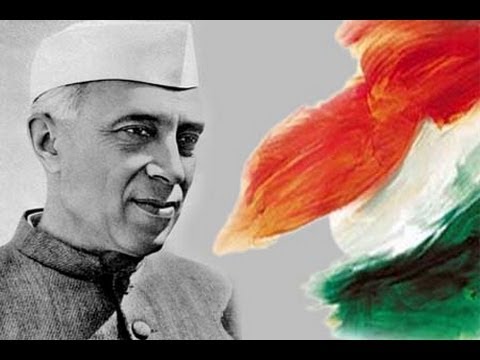 While Children's Day( or Bal Diwas) was celebrated across India on November 14-birthday of Pandit Jawaharlal Nehru, the first Prime Minister of India-Jharkhand did not lag behind.

Hundreds of students of different schools organised Bal Diwas in Jharkhand where the ruling BJP government led by Chief Minister Raghubar Das was busy holding  foundation day function of the state on November 15.

Nehru was fondly called Chacha Nehru (Uncle Nehru) or Chachaji (Uncle).He,who belonged to the Congress party which is in the opposition,had love for children.No wonder why he is fondly remembered even in this BJP ruled state.

In corner of the state capital-Ranchi lies the Public Sector Undertaking-Heavy Engineering Corporation(HEC) where the Bal Diwas was celebrated with pomp and show.

In fact,Nehru who had come to Ranchi thrice,has a special linkage with HEC.On November 15, he had inaugurated this PSU.During the inaugural function,a notable incident took place when he went to the podium to opened the curtain.Since he found the curtain already open,witty Nehru smiled and asked officials saying "Did they call him for this."All of them laughed,reveals a record.

Today due to the efforts of the BJP government led by Prime Minister Narendra Modi,HEC has begun to shine again.It is being modernised.

Records revealed that Nehru had come to Ranchi for the first time in 1952.Second time he came in 1957 to address an election (by poll) election rally organised by the Congress.Third time he had come to inaugurate the HEC.That was almost one year after the Indo-China war when Nehru had turned physically weak.And as such he had delivered speech while sitting on a chair.

Soon after its inauguration,he had stayed at the Raj Bhawan in Ranchi and spending the night there,he left leaving its children grow up and remember him with a sense of emotion and love.

"Many heavy industries would not have come up and given  rise to our country.He was of course our Chacha Nehru",says Shabnam Prasad,Adminitrative Head of Guru Govind Singh Public School,Kamre,Ranchi.

Pandit Nehru, who emphasized the importance of giving love and affection to children said: "the children of today will make the India of tomorrow. The way we bring them up will determine the future of the country". As part of Children's Day, many functions are organised in schools, offices and other organisations, mostly run by students.