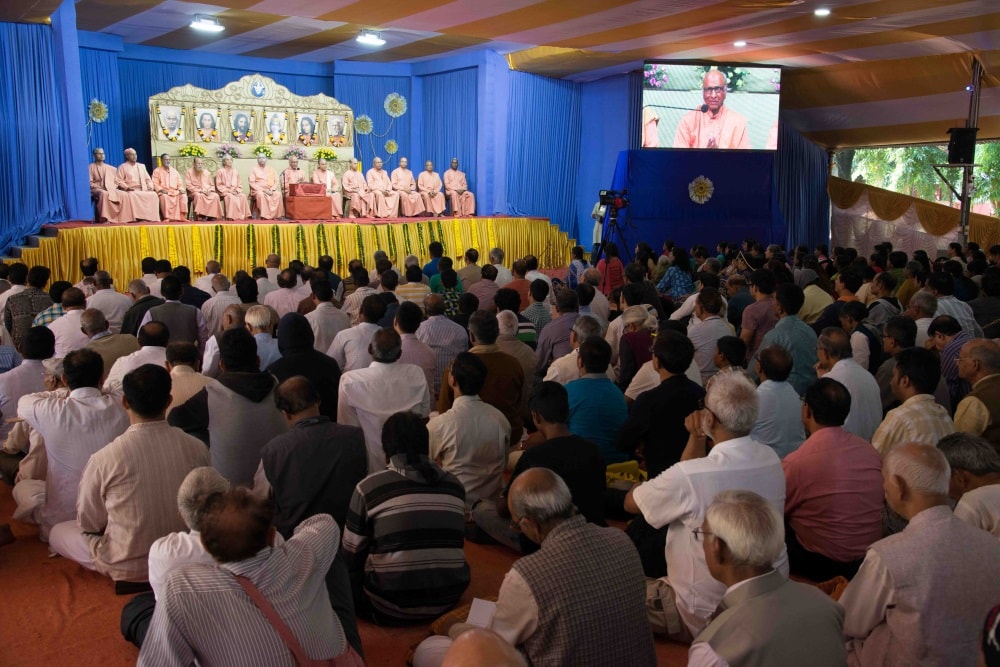 During the convocation organised by the Yogda Satsanga Society of India to mark centenary birth anniversary function of Paramhansa Yogananda,President of India Ram Nath Kovind released the Hindi translation of a commentary by Paramhansa Yogananda on the Bhagwad Gita inside its Ashram on November 15.

The convocation witnessed a number of events including meditation,lectures and yoga exercises participated by followers of the founder of YSSI,Paramhansa Yogananda who was widely revered as the father of Yoga in the West.

It was in Ranchi in 1917,that Paramhansa Yogananda began his life's work with the foundation of an Ashram and a 'How -to-Live" school for boys and to make available the universal teachings of Kriya Yoga.

His devotees from across India and 22 countries of the world participated in the convocation function-Sharad Sangam-2017.Apart from President Ram Nath Kovind,YSS President Swami Chidanandaji Maharaj took part in it.