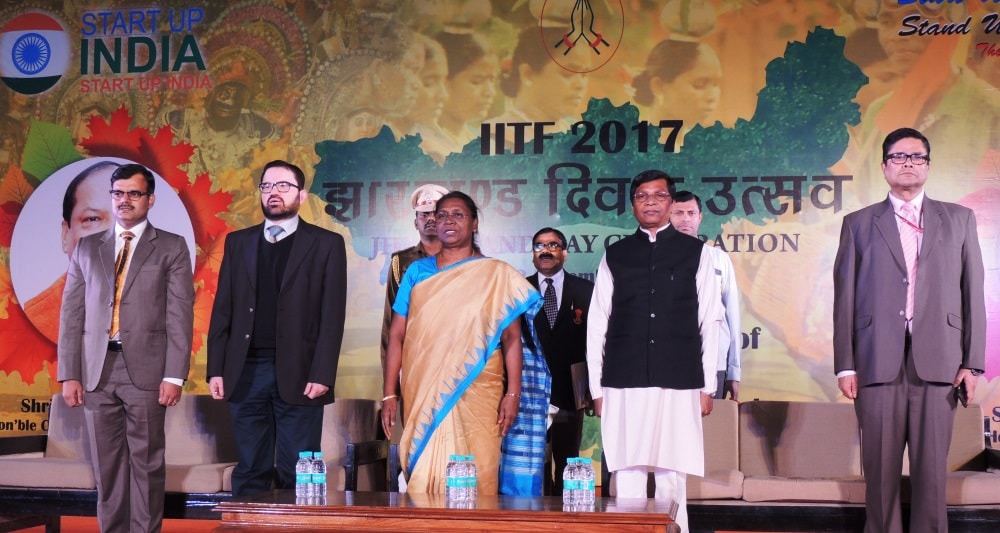 The Governor of Jharkhand Draupadi Murmu, graced and addressed the celebrations of Jharkhand State Day at IITF 2017.

The Governor said, nature had blessed Jharkhand with 40 per cent of the country’s mineral resources. Expressing her experience during her visit to Jharkhand State Pavilion, she said that the demand for Tussar, Khadi and Lac bangles are very enticing to the visitors, due to which the demand of those products are very high in the fair.

At the same time, the Secretary to the Chief Minister of Jharkhand, S.K. Barnawal said that IITF has provided a good platform to show Jharkhand its art and culture, tribal dance forms etc. Under Skill Jharkhand, the youth are getting jobs because of their talents.

Minister of State for Tribal Affairs, Sudarshan Bhagat said that Jharkhand is a partner state in the IITF and according to the theme of the fair, Jharkhand State has shown that Jharkhand Government is committed towards the rural development.

It would not be wrong to say that Jharkhand is one of the most powerful states in India. At the same time Jharkhand is also the second fastest growing state in the country and its growth rate is 10.5% which reflects the business opportunity in the state.