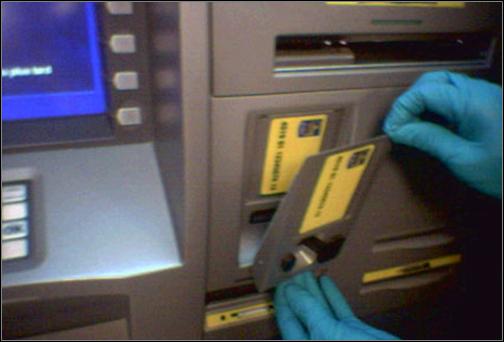 Investigations by the police revealed that a gang in Ranchi indulged in cloning bank cards by affixing replicas of ATM card slots with built in magnetic strip readers and cameras in ATM centres.

The police belonging to the cyber crime raided Bhadani Saree Centre located inside Laxmi Plaza complex near Sahdanand chowk,Harmu,Ranchi on Thursday and seized swipe machine,payment statements released by it and DBR of the CCTVs from inside this centre.

The raid was conducted on a tip off and directed by SP(Cyber crime).’We had received a number of complaints that the centre had indulged in fraud by cloning bank cards of customers”,said a senior police officer.

The police suspect that the gang with a software engineer carried out their bank card cloning crime.The members of this gang who were yet to be identified withdrew money using the cloned cards while some  original card holders  noticed the fraud only after money was withdrawn from their accounts, without any clue on how their cards got misused.

The information gathered by www.jharkhandstatenews.com indicates that the gang made replicas of ATM machine card slots with built-in magnetic strip readers. The reader would capture electronic code data embedded in the magnetic strip and store it. This means that the cyber criminal had cameras of small mobile phone size that were fixed to the ceiling facing the number keyboard on which bank customer typed  his Personal Identity Number (PIN).

The camera,it seems,took snap without making any click sound or flash while taking pictures. Using the electronic code data captured by the card reader, the gang leader made  a cloned card and wrote the PIN on it based on the picture taken by the camera.

Now,the defrauded customers who don’t want to be named were awaiting arrest of the gang masters who had withdrawn their lakhs of rupees by cloning bank cards.