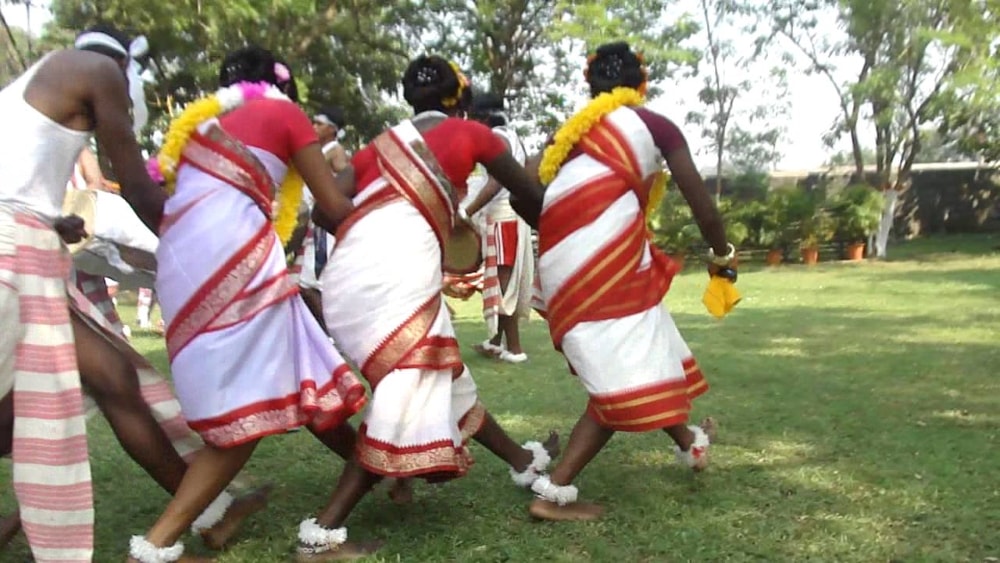 Drawing mostly from traditions born in Jharkhand,Jhumar dance has grown to become a hugely popular art form within the state and among dance enthusiasts around India.

"Jhumar is one way for the tribal communities affirm their traditional identity and to reclaim ties with cultural traditions that go back generations.'

This has started to become a reality with non tribals hiring groups of tribal Jhumar dancers to celebrate marriage and birth day functions in the state capital,says Lakra.

In any case,Jhumar is performedat a time of the harvest season.It shows a live demonstration of the happiness of the man-woman in tribal society.

In other seasons,Jhumar is performed,specially during weddings,melas or some other important functions and celebrations.This dance is generally performed in a circle.And the watchers get happily charged up watching the dancers wearing very colourful costumes.