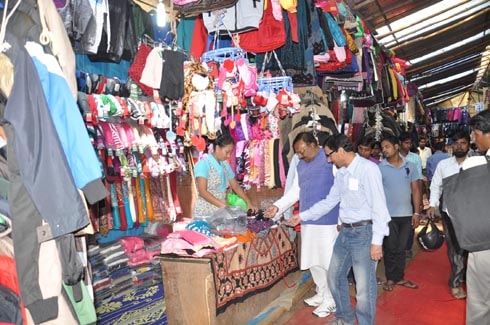 Ram Sharma,a woolen blanket vendor,at Shahid chowk in Ranchi,says that  business was hit by continuity of heat in mid of December."There are no buyers",he cribs.

Sharma is not an odd case.Like him there were many vendors.Most of them lament that sweating time in mid December has hit woolen business in Jharkhand.

Met officials say that maximum and minimum temperatures in mid December are a cause of concern for residents as well as woolen businessmen in Ranchi,Jamshedpur,Dhanbad and Bokaro.

They blamed a Western Disturbance for this unusual winter weather.They point out that the recent deep depression in the Bay of Bengal had left behind enough moisture to block the cold,crisp North Wind.As a result,these cities recorded minimum temperature varying between 12.8*C and 12.7*C.

Now,when cold wind has started blowing and the temperature going down,these woolen vendors heaved a shy of relief.Even the Met officials expect revival of the crisp north wind from today."Hope,the new year opens the door of our business with arrival of winter",said a vendor.