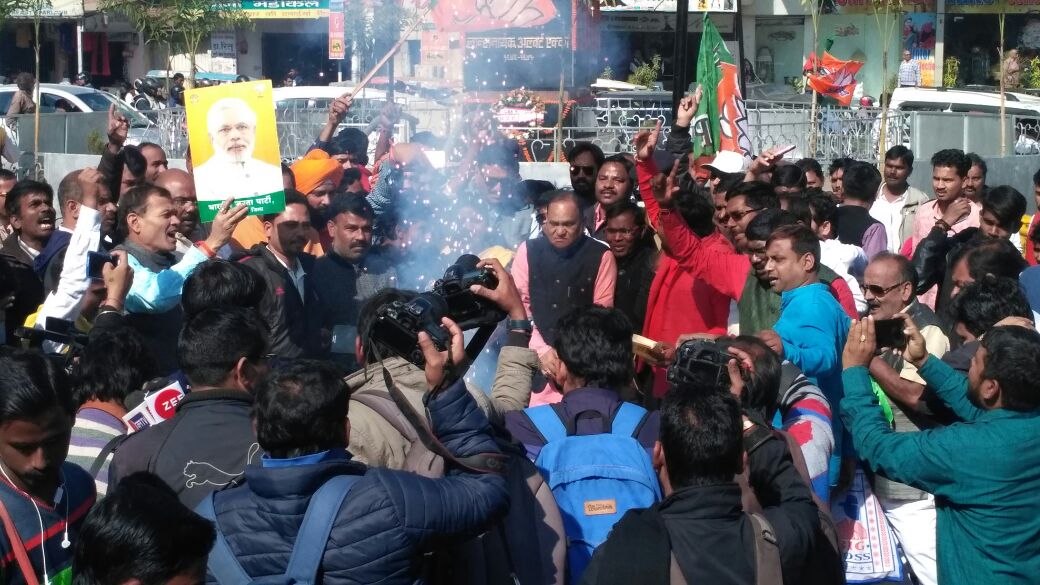 Holi and Diwali have engulfed towns and cities in Jharkhand when news of the ruling BJP's victory in the Assembly elections results from Gujarat and Himachal Pradesh reached there on Monday.

The initial reaction was in the form of sound raised by drums and music at Albert Ekka chowk,city centre in Ranchi."Our heart has got filled up with joy.We thank the people of these two states who voted for the BJP and defeated the Congress",said a BJP worker Sudhanshu Kumar,shouting slogans in favour of the party and Prime Minister Narendra Modi.

Kumar was dancing to share his joy..However,there were not many people who shared his belief that the wave of people's support accorded to the BJP led by Modi and its president Amit Shah can make the ruling party gain ground in Jharkhand where it has been running the government led by Chief Minister Raghubar Das during the past almost three years."The poor governance and failure to implement the PM Modi's slogan-Sab Ka Saath,Sab Ka Vikas-have made the Das government face widespread criticisms.It has badly lost support of the Adivasis",said Kumar,echoing the sentiments of many of the ruling BJP in the state.

The social media is flooded with speculation that the BJP high command is going to take note of it and remove the CM Raghubar Das in the party's interest.Though the truth is not known,senior BJP leader and ex MP Kadia Munda has criticised the CM Das."Apart from his failure to deliver at the grass roots,he has hurt and disappointed many partymen by using objectionable words.He crossed all limit on floor of the Assembly recently when he uttered the objectionable word 'Sala'(read bugger) against the opposition leader",says Dunal Munda,a school teacher.