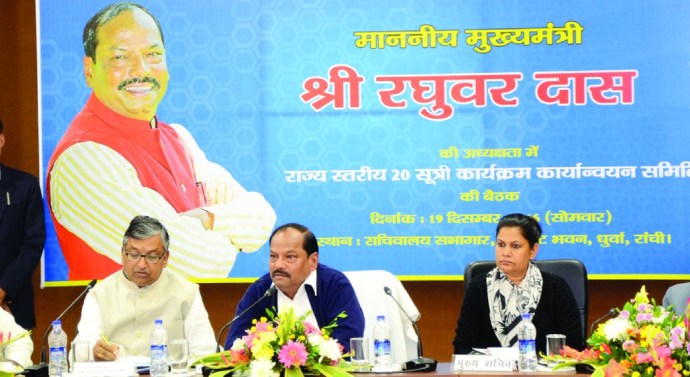 As the year 2017 comes to end and the new year 2018 begins,the steel frame of the government-bureaucracy -is set to change its hot and prestigious posts in Jharkhand.

As such, a massive overhaul is expected.All eyes were on Development Commissioner Amit Khare.His file seeking 'No Objection Certificate' for going to the centre for appointment as Secretary,Government of India,was not approved by the CM Raghubar Das till date.

This has triggered speculation that he will be preferred by Das and posted as successor of Rajbala Verma as Chief Secretary.If this happens which is likely,the Das government may gain strength among the babus and the people who know he is an upright bureaucrat whose integrity is above board.

Another positive action of the Das government was visible in the appointment of S.K.Satapathy as a Member of the State Human Rights Commission.Satapathy,who retires from service in the new year, is likely to be appointed at the centre too.Which post he decides to pick up is not known.

Eleven senior IAS officers are going to retire in the year 2018.They were :

The Centre has placed two IAS officers in Jharkhand cadre.They were  2006 batch Vipra Bhal of the J&K cadre and Jitendra Kumar Singh of the Gujarat cadre of 2008 batch.Both were husband and wife and had joined the service on December 11,2017.

Sanjay Kumar,Bihar cadre IAS officer,who was deputed by the centre as Principal Secretary to the CM,Raghubar Das on January 22,2015 is going to complete his three year tenure on January 22,2018.Whether he gets extension,deputed in New Delhi or returns to Bihar remains to be seen.

In Jharkhand,against the IAS cadre strength of total 217 posts,138 IAS officers were there with 79 posts vacant.