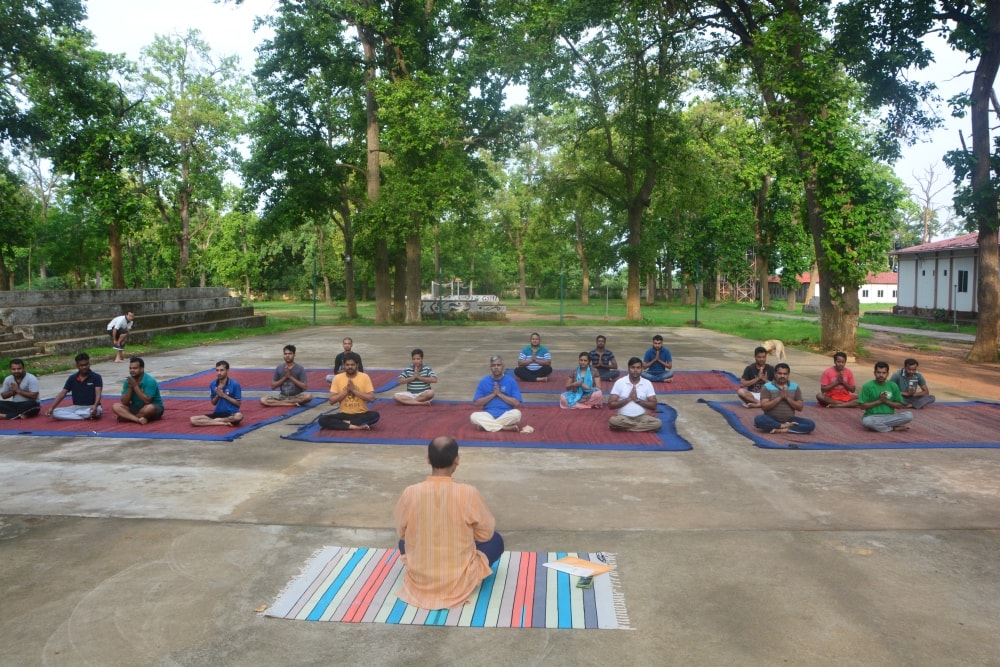 Yoga is turning academic in Jharkhand.

Every body knows that yoga is an ancient physical, mental and spiritual practice that originated in India. The word ‘yoga’ derives from Sanskrit and means to join or to unite, symbolizing the union of body and consciousness.

It is practiced in various forms around the world and continues to grow in popularity.Recognizing its universal appeal, on 11 December 2014, the United Nations,following Prime Minister Narendra Modi's appeal proclaimed 21 June as the International Day of Yoga by resolution 69/131.

The International Day of Yoga aims to raise awareness worldwide of the many benefits of practicing yoga.This is past.

Second to incorporate it in its course is the much- touted sports university to be set up at the mega sports complex at Khelgaon in Ranchi.Though the university is expected to start functioning in mid-2018,it has already announced to incorporate  three graduate and and two post graduate programmes.

The graduate course is planned to be in yoga,sports,sciences and human physiology.The two post graduate courses are going to be in psychology and sports management,says Captain Vikrant Malhan,nodal officer for the Sports University project.

As it is,the Jharkhand State Sports University Bill-2017,approved by the state Assembly,is awaiting notification issued by the Governor Draupadi Murmu.