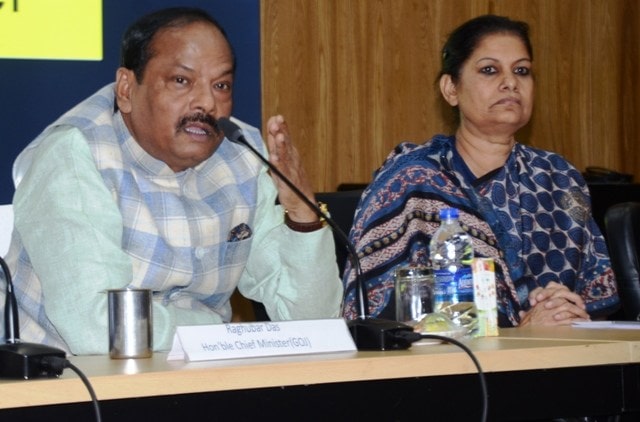 Jharkhand Chief Secretary Rajbala Verma is learnt to be busy with lawyers to reply to the state government's show cause notice seeking her explanation for failing to reply to the CBI's query several times on fodder scam case in district treasury while she was Deputy Commissioner in West Singhbhum in 1991-92.

Notably,the CBI had sought her view on its charge that 'her signatures were missing on treasury audit reports."

This has prompted the opposition parties -JMM,Congress and JVM leaders to demand her removal during the budget session of the Assembly beginning Januray 17.They point to Finance Secretary Sukhdeo Singh's offer to be relieved of his responsibility after a CBI court ordered criminal proceedings to be initiated against him in another fodder scam case.

"The dignity of the Chief Secretary's chair should be maintained.She should be setting a good example for coming generations of bureaucrats",said Sukhdev Bhagat,the ruling BJP's Lohardaga MLA.

JVM legislature party leader Pradeep Yadav,who has announced his party's decision to raise issue on floor of the House,maintained that his first question during the coming budget session would be on Verma."We will ask the CM Raghubar Das to explain where he stands on his zero tolerance to corruption remark",says Yadav.

A senior IAS officer who does not want o be named said that Verma ought to have followed the stand taken by Sukhdeo Singh.Soon after the court announced its decision to carry criminal proceedings against him and another ex IPS officer,he offered to be transferred.The state government asked him to continue to hold the post.Verma should have done the same.Unfortunately,she did not do so leaving the Das government in trouble",he said.

When asked why Verma preferred not to reply to the CBI's repeated pleas for her reply,another IAS officer said "the ex chief secretaries followed procedure and served the notice and instead of taking action against her,kept mum.Worse,she managed to get promoted despite these notices."