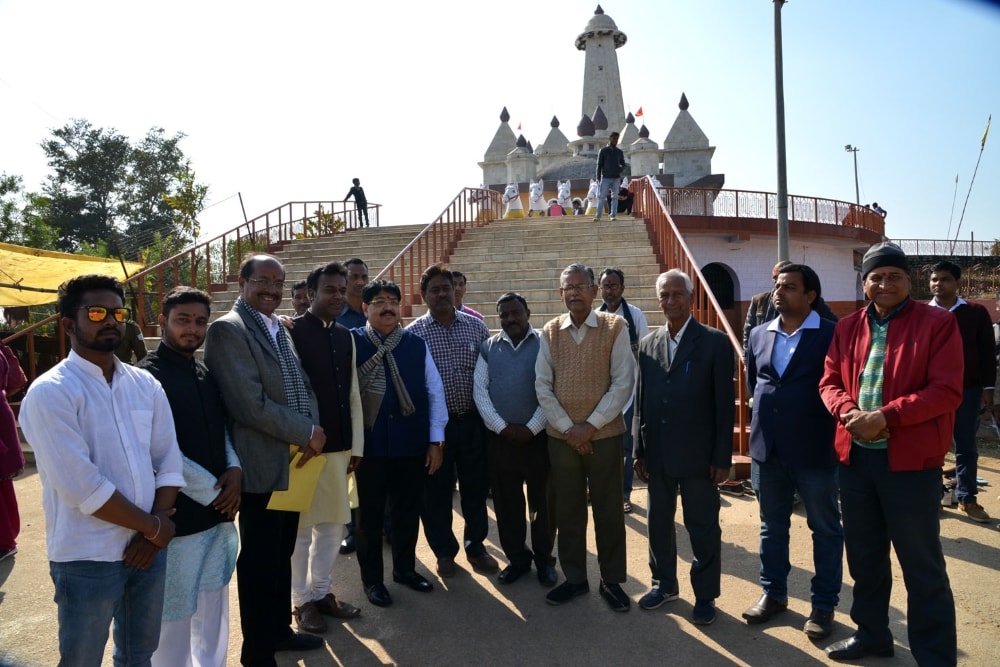 Jharkhand elects six Members of the Rajya Sabha.All of them were committed to the cause of development of the state and its people.But none of them can match with Parimal Nathwani. who has done commendable work in this state,a study .

Among these dozen of concrete works,lies the cremation site on the bank of Harmu river in Ranchi.The cemented floor,dead body blocks and the entry gate were built by him.Now,Nathwani has decided to take yet another initiative by allocating fund from his MP LAD for construction of a marriage hall, drinking water and sanitation facility at the famous Sun temple in Ranchi.

As per his plan,the total area of marriage hall construction is going to be around 7,000 square feet. The new marriage hall is planned to provide modern facilities such as kitchen area, dining area, rooms for bride & groom, administrative office, proper sanitation arrangements,and so on.

“The decision to construct a marriage hall has been taken considering the need and representation of the local community in the area. I hope the new marriage hall will help the community celebrate one of the most important events of marriage of their sons and daughters with blessings of the Sun God,” said Parimal Nathwani, who is a distinguished Member of the Rajya Sabha from Jharkhand.

Moreover, the approach road and exterior area of the Sun temple are also planned to be illuminated with LED lights.

Also,drinking water facility and sanitation facility are going to be created for the pilgrims visiting the Sun temple. A bore-well is expected to be constructed so that the premises can become self-sustainable for its water requirements. Besides, two toilet blocks for men and women pilgrims with four units each will also be constructed to cater to sanitation requirements of the pilgrims thronging the site every year.

In fact,Nathwani had already visited the Sun Temple on January 16, 2018 (Tuesday) along with Ajay Maroo,Ex-MP of Rajya Sabha. Other prominent leaders such as Pramodji, Kanta Prasad Singh, Vinay Kumar Gupta and  Vivek Anand Jaiswal had accompanied Nathwani.

The Sun Temple is built by Sanskriti Vihar headed by Late Sita Ram Maroo, then Managing Director of a local Hindi daily Ranchi Express. It is designed in the form of a gigantic chariot with 18 richly decorated wheels (9 on each side) driven by 7 life- like white horses.