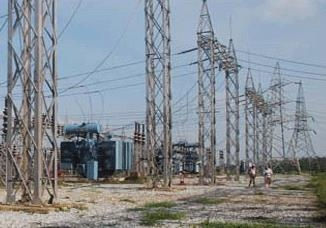 Consumers have to bear with extremely high rates of electricity,if suggestion of the Jharkhand Bijli Vitran Nigam Ltd(JBVNL) is accepted by Jharkhand State Electricity Regulatory Commission(JSERC).

The hike is going to be over 200 percent.This is evident from JBVNL's proposal -domestic consumers using upto 200 units may have to pay at least Rs 6.25 per unit instead of existing Rs 1.50 per unit.Also,fixed charges may go upto Rs 60 instead of Rs 30 in this category.

More,domestic consumers using electricity above Rs 200 units may have to shell out Rs 7 per unit,up from the current rate of Rs 3.60.However,there is no proposal to change the fixed charges in this category,which is Rs 80 at present.

Notably,the tariff petition proposes to lower energy charges for industries from the present Rs 6.20 per unit to Rs 6 per unit.The question is why this huge tariff hike proposal?"There is an urgent need to bring the selling cost of power closer to the cost of power purchase from different agencies.This will also help reduce revenue gaps and promote efficiency,economic investment and rational consumptions",said JBVNL in a statement.

In any case, energy rates in Jharkhand are much lower from others states such as Chhattisgarh,Delhi,Madhya Pradesh,Utter Pradesh and Bihar.After the rates prevalent in these states were examined,JBVNL proposed the hike.However,the JBVNL has sought response to its proposal by February 13,it remains to be seen how and when the state government accepts it.