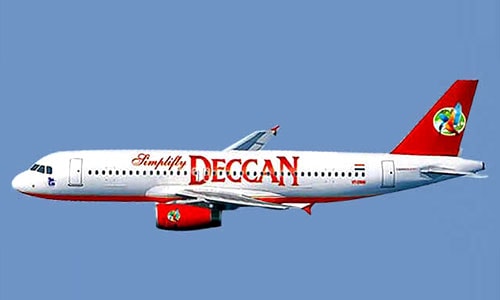 First is concerning flight services between Jamshedpur and Calcutta.Under Udan yojna,it is going to commence on February 28.It will be operated by Air Deccan at an introductory charge of just Rs 999 including all taxes.The same operator will run flights from Calcutta to Agartala and Shillong starting from the same date.

Incidentally,the introductory fare the airline was offering was less than the AC First Class fares of Howrah-Tatanagar Steel Express(Rs 1,260).The tickets can be booked online at www.airdeccan.co.in.The flight will leave Calcutta at 12.45 pm and reach Jamshedpur at 2.10 pm and reach calcutta at 3.10 pm,operating six days a week,barring Sundays.

Second is concerning the Indian Railways decision to go paperless.As such the passengers will no longer have to rush to check their berths.As part of the railway board's bid to save paper,the South Eastern Railway(SER) has decided to stop pasting reservation charts on coaches of trains originating from A1,A and B category stations under its four divisions-Chakradharpur,Ranchi,Kharagpur and Adra-from March 1.

With paper sheets pasted on the walls of coaches showing reservation of passengers becoming a thing of the past,the railway board is going to keep passengers informed about it on mobile phones."Passengers whose tickets are confirmed or in the waiting list or last-minute confirmations are going to get text-messages of seating arrangements',said SER chief public relations officer Sanjay Ghosh.