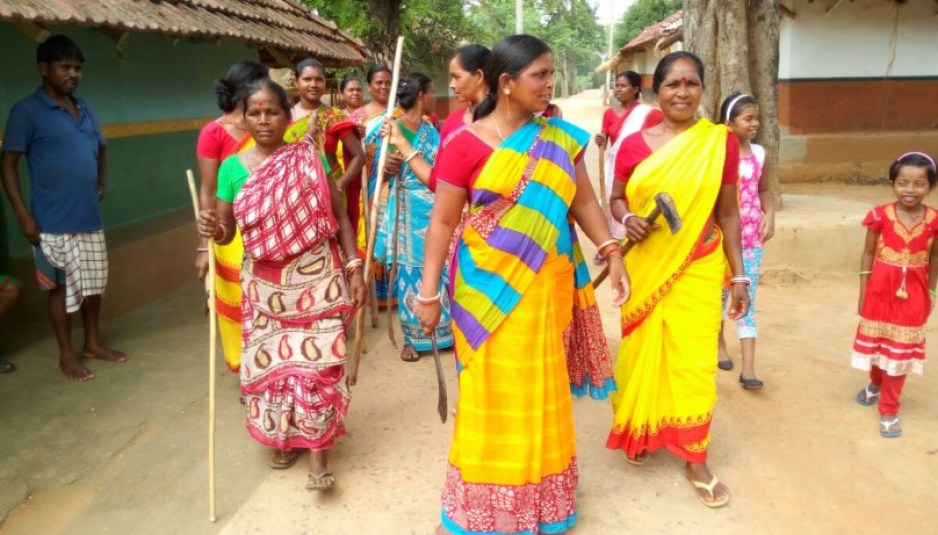 The forest department personnel call her Briksha Rani.For tribal villagers she is God's girl.In fact,Jamuna Tudu, a fierce woman who knows the value of trees, protects the forest from the timber mafia.

Tudu is working to protect green earth at the thinning forest.In the past,she used to collect firewood.This made her realize that she must save the trees to save the land and hills.

After her birth in Odisha, she got married and settled in Muturkham village of Jharkhand's East Singhbhum district.

Muturkham,surrounded by 50 hectares of forest land,was the hub of forest mafia and poachers before she decided to take the matter in her hands.

"I didn't want to see the area lose the forest cover," says the 37-year-old activist, who has spent almost two decades protecting the forest.As she formed the 'Van Suraksha Samiti' (Forest safety committee) in 1998 with a group of five women, her pledge to save the forest was met with opposition from the villagers.

"Initially, there was opposition even from the villagers as they asked me why I wanted to save the forest as it was the source of firewood," she recalls.Records show that she managed to persuade them to use only the smaller branches as fuel and leave the bigger ones untouched.

Now she has more than 350 such groups, with around 30 people in each group, working in the whole area to save the forest land from the timber mafia.They work in three shifts, morning, afternoon and evening, carrying bows, arrows, sticks and even dogs to ward off the mafia.Result?Her land and hills are green -full of trees,birds and animals.

If police records are any indication,her group has filed many FIRs and helped the Jharkhand Armed Police."We now works with her in protecting the forests, and nabs several mafia men who refused to relent",said a senior police officer.

Despite the backing of the police and the tribals in the area,she has received many death threats.Even  her house was looted and she was nearly killed in an attack near a railway station.But that didn't deter her from continuing what she believed was a noble cause.

"We have vowed that we will protect the trees till our last breath."While she wishes to get support from the State and Centre, the state forest department has adopted the village, where it now provides with water and education.