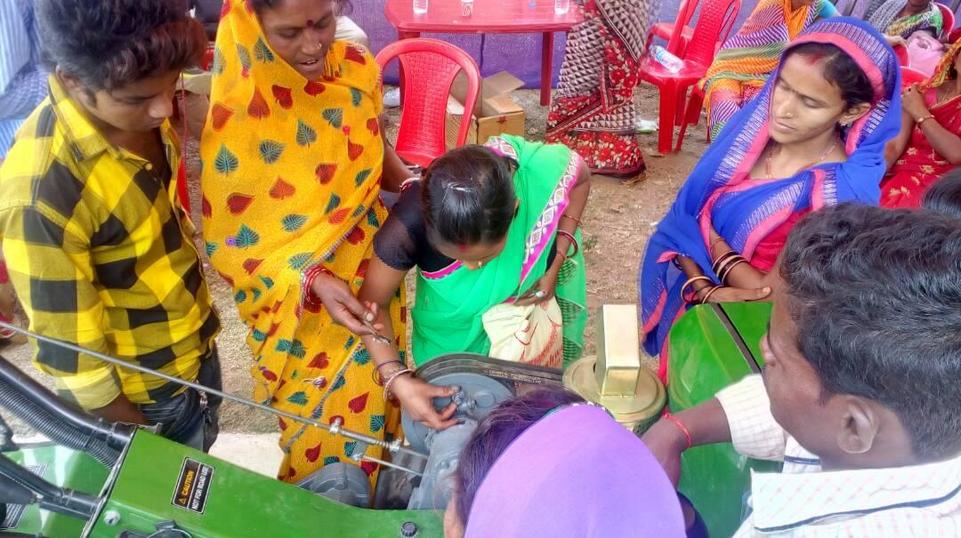 When International Women's Day is celebrated on 8 March,2018,the theme is going to be : "Time is Now: Rural and urban activists transforming women’s lives”.

In fact,this year, International Women’s Day comes on the heels of unprecedented global movement for women’s rights, equality and justice. Sexual harassment, violence and discrimination against women has captured headlines and public discourse, propelled by a rising determination for change.

International Women’s Day 2018 is an opportunity to transform this momentum into action, to empower women in all settings, rural and urban, and celebrate the activists who are working relentlessly to claim women’s rights and realize their full potential.

On International Women’s Day is observed to draw attention to the violence against girls and women around the world, the stigma faced by survivors and the lack of information about support services.

Violence against girls and women is a wide-spread social problem, driven by social norms and attitudes which condone violence; socio-economic disparities; and inefficient protection laws and systems. The consequences of violence on a child’s emotional, intellectual and physical development are immense. The protection of children from violence is a fundamental right enshrined in the UN Convention on the Rights of the Child.

Dr. Madhulika Jonathan, Chief of UNICEF Jharkhand says, “Protection of Children from Sexual Offences Act (POCSO) 2012 focuses on the prevention of child sexual abuse and lays down child friendly structures and procedures for the survivors of such abuse.

In Jharkhand, 1818 cases have been registered under POCSO Act from 2014 to 2017. There is a need to establish a model special court, a medical examination centre and a cadre of support persons.

Regular sensitization and capacity building of the key duty bearers like judges of Special Courts, doctors, Special Public Prosecutors, Child Welfare Committee, District Child Protection Unit and Special Juvenile Police Unit will help translate these guidelines /polices /rules into practice. One Stop Crises Centre has been established by the Department of Women & Child Development (DWCD) in Ranchi, Jamshedpur and Dhanbad to provide services to women survivor of violence under one roof.”

Millions of girls and women around the world suffer sexual violence. Fear, social stigma, or a lack of resources prevent most girls from telling anyone. In some countries, less than 1% get professional help. This reality is unacceptable.

The Agenda positions the Beijing Platform for Action as a foundational framework for sustainable development with governments committing to work to significantly increase investments to close the gender gap, to strengthen support for gender equality institutions at all levels, and to systematically mainstream gender perspectives in the implementation of the Agenda.

UN Secretary-General Antonio Guterres says, “Women’s access to education and health services has benefits for their families and communities that extend to future generations. An extra year in school can add up to 25 per cent to a girl’s future income. When women participate fully in the labour force, it creates opportunities and generates growth. Closing the gender gap in employment could add $12 trillion to global GDP by 2025. Increasing the proportion of women in public institutions makes them more representative, increases innovation, improves decision-making and benefits whole societies.”

UNICEF strongly believes that empowerment of women is the key to human, social and economic development. Substantial progress has been made on most indicators relating to survival and development of women and girls in Jharkhand in the last 10-12 years, but much more needs to be done.

Education of Girls:  There has been considerable improvement in the enrolment of girls in schools in class 1-8.  Almost all girls in the State are now enrolled in class 1-8 in schools.  The net enrolment ratio for girls at secondary level is 51.32% which is slightly lower then national average 51.92%.

Malnutrition: All indicators on malnutrition including under-weight, stunting and wasting have improved. There is a decline of 4.5% in level of Stunting (NFHS-4) during 2005 and 2015, 3.3% decrease in level of wasting and 0.4% decline is reported in status of severe wasting in Jharkhand (NFHS-4). There is highest decline of about 8.7% for underweight in Jharkhand (NFHS-4) during 2005 and 2015.