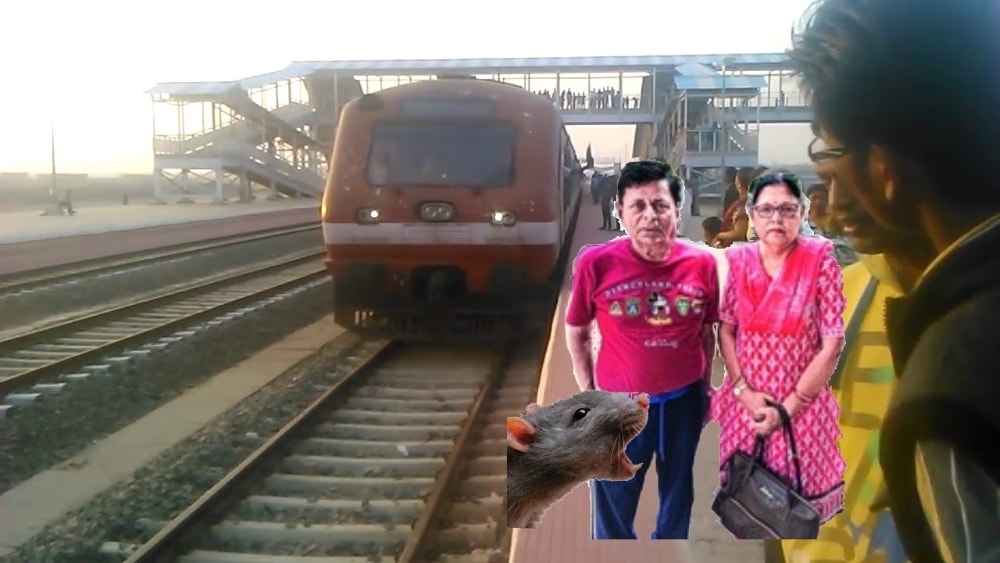 It was a battle between the Indian Railways and its passenger.The cause were rats attacking him in the first class coach of Hatia-Howrah Express.The victory was gained by him.

P.C.Sinha, who is retired Chief Engineer of the Steel Authority of India run Bokaro Steel Plant, is now awaiting to draw more than Rs 1 lakh paid by South Eastern Railway."My victory should be taken as a message-that the Railways must clean itself contain the menace of rodent", quips Sinha.

On December 30, 2015, he, together with his wife Alka, was traveling AC First Class on Hatia-Howrah Express.He woke up in the night by a sharp pain on his right hand.His little finger had bite marks and was bleeding.Even Alka had scratches on her hand.They had spotted rats and informed the TTE and Coach attendant.

Soon, he lodged a complaint at Santragachi railway station on December 31, 2015.

Next, he filed a complaint at the Ranchi District Consumer Disputes Redressal Forum against the South Eastern Railways.After hearing the case and in view of the evidence in the form of doctor's report, Forum awarded the compensation of Rs 1 lakh o September 20, 2017.

However, the Commission dismissed its appeal on March 5 when its Justice Tapen Sen topped the amount of compensation with an additional penalty of Rs 25,000 for the "unwarranted sufferings" of Sinha.

The Commission has directed South Eastern Railway Authorities to clear the payment within 30 days from the date of verdict i.e.March 5,2018, falling which the victim of rat bite will be entitled to an additional penal interest at the rate of Rs 12 percent per annum with retrospective effect from February 8, 2016, the date when Sinha had filed a complaint with the Forum.

Sadly enough, Sinha is yet to get compensation from the South Eastern Railways.