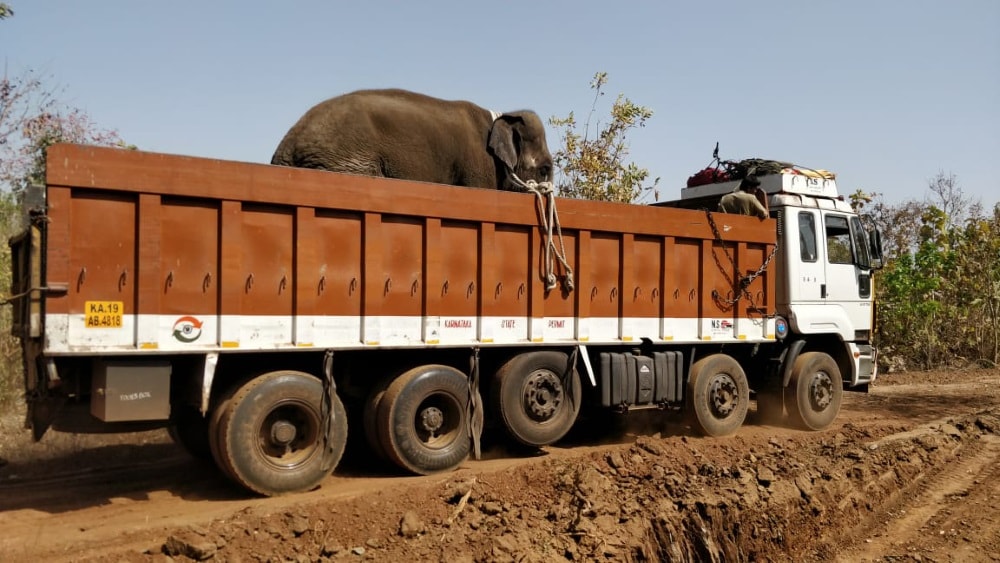 No joke!Two incidents of the wild elephants have hit the headlines in Jharkhand.

First is connected with three new elephants.They were caught by a camera moving by a truck which came from Karnataka.Soon,it was learnt that the state forest department had procured them from Karnataka only to place them at Palamau Tiger Reserve in Betla,Palamau on Tuesday.

This has added weight to the PTR where wild elephants were rarely visible.Records show that many elephants were either killed or had stopped moving in the Palamau Tiger Reserve area due to deforestation and poachers.

Two,a herd of elephants had caused panic in Hatiyari village under Sadar block of Hazaribagh district by injuring a 12-year old boy,who was identified as Shiv Sharan Lamar on Sunday.

Though Sharan was still in shock and pain,the state Forest Ranger Satish Chandra has heaved shy of relief."With the help of villagers,we chased away the elephants to Charhi forest",says Chandra.

Lamar recalls that he had spotted the herd of 8 elephants moving towards the village.Finding no option,he says,he threw stone at the herd from a certain distance."This enraged the elephants and soon,he was hit by one of them",said a villager.