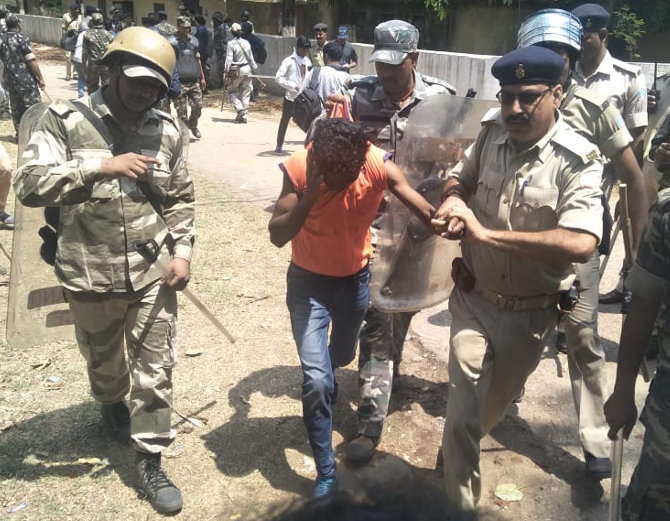 *Picture shows a clash between the police and the dalits in Jamshedpur.

Even as the Narendra Modi government filed a review petition in the Supreme Court seeking to withdraw its order on the ST/SC Act, Bharat Bandh called by opposition parties caused widespread violence in many areas of North India including Jharkhand.

The review petition was filed at the apex court in the pre-lunch period in New Delhi.It challenges the Supreme Court order.In response, the SC has decided to hear the case on Wednesday

Yet, the Dalit organizations backed by opposition parties and their leaders were out in the streets.They protested and turned violent.Three persons were killed in Madhya Pradesh.

In Jharkhand, a truck was set afire in Jamshedpur.Train traffic was paralyzed in Palamau.In several places, the agitators clashed with the police.Even in  Ranchi, the police had to fire tear gas cells.

The bandh was called to protest against a recent Supreme Court ruling to ban automatic arrests and registration of criminal cases under SC/ST Act, triggering widespread criticism and outcry from the Dalit community across the country.