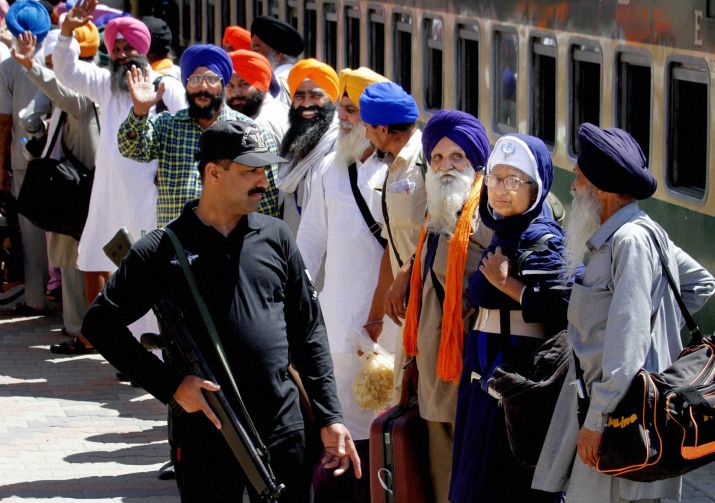 Destination Rawalpindi.Event Baisakhi.This is what is trending among members of the Sikh community in Jharkhand.

The move was set in motion after news reached their homes that around 1,700 Sikh pilgrims from India had reached Pakistan to celebrate Baisakhi festival at Gurdwara Panja Sahib in Rawalpindi district.

As it is, the Sikhs, who have landed at Wagah railway station by special trains, were welcomed by Evacuee Trust Property Board (ETPB) Secretary Tariq Khan, Pakistan Gurdwara Parbandhik Committee president Sardar Tara Singh and other officials, said a PTI report.

Hashmi says that the main function of the festival of Baishakhi is slated to take place on April 14."At this event, a large number of local Sikh and Hindus will participate", he said.

During their 10-day destination tour, the Sikh and Hindu pilgrims will also visit their other holy places including Gurudwara Janamesthan Nankana Sahib and Dera Sahib in Lahore.

They will return to India on April 21."We are greeted by the people of Pakistan", said a pilgrim from Ranchi.The PTI report quotes ETPB Secretary Tariq Khan saying the Pakistan government provides adequate security to pilgrims.