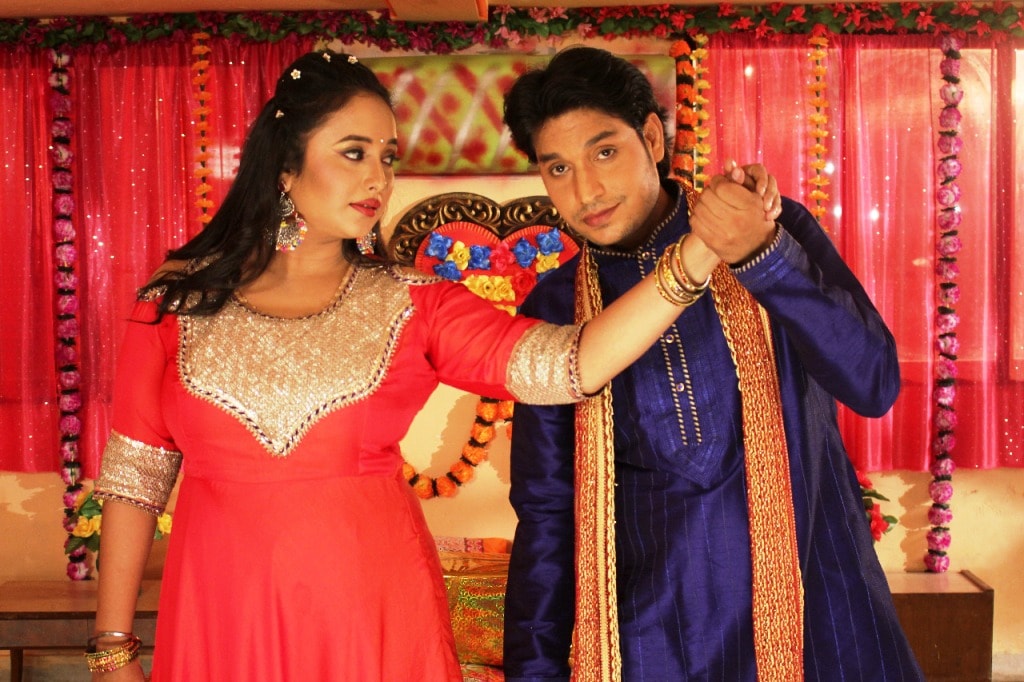 "This film was made to attract women audience", said Mahto adding that almost all Bhojpuri films were men dominated.As a result, the appearance of women was always weak."However, in this film the scene was different as it was acted, scripted and produced to attract women".

"Even the concept was new and female inspired", he said.Rani Chatterjee and Sunil Sagar were actors.

Moreover, Sakhi Ki Biyah was produced by using 'developed technique and innovative idea'.he opines. The film produced under the banner of Royal Films Entertainment is slated to be released in Bihar and Jharkhand on May 4.

The actress Rani Chaterjee explained that every girl who felt was excited about her marriage, was more excited about the marriage of her Sakhi(friend)."Against this backdrop, Sakhi Ki Biyah was produced", she said.

Directed by Mahto, the Executive Producer is Sunil Sharma whereas Line Producer is Vijay Morya.The story and songs were written by Satyaprakash Mishra.The photographer is Zahangir; dance was staged by Sanjay Cobre, and art was handled by Ram Babu.The PRO is Ramchandra Yadav and item song was sung by Seema Singh