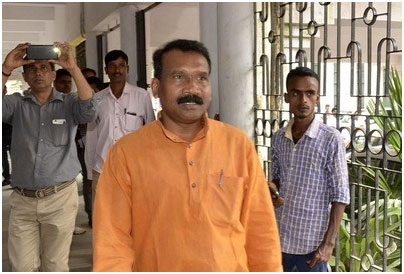 By quashing a Uttar Pradesh Assembly law that allowed permanent accommodation to former Chief Ministers, the Supreme Court has made ex CMs of Jharkhand vacate the bungalows provided by the state government in Jharkhand.

The top court quashed a UP Assembly law saying that the ex CMs are not eligible for government bunglows."Ex CMs can't be granted such a facility as they aren't holding office', said the SC.

Although the SC verdict is confined to the UP law it will have implication on residential accommodations given to former Presidents, Prime Ministers and CMs of other states including Jharkhand too, as the top court said that a person can't be given such facility on the basis of the post held by them earlier.

"Public office becomes history after a person demits the office and it can not be the basis for giving government residential accommodation for rest of his life," said the SC.

As the 2016 legislation in Uttar Pradesh was challenged by an NGO called Lok Prahari, similar laws were challenged in Uttrakhand and Jharkhand too.

Initially,ex-CM Babulal Marandi had vacated his official bunglow even as other ex CMs including Madhu Koda and Arjun Munda retained the bunglows. Even Marandi had returned to the bunglows he had earlier vacated.

Now, with the SC quashing the 2016 legislation of UP,ex CMs of Jharkhand have no option than to vacate the official bunglows or knock the door of the state government to make a new way out for them to have official bunglows.

In any case, in late August of 2016, three weeks after the Supreme Court ordered all former chief ministers to vacate their government-allotted bungalows in Lucknow, the UP government brought in a bill in the house to legalise their possession.

At the time, those affected by the SC order were Union home minister and BJP leader Rajnath Singh, Rajasthan governor Kalyan Singh, Samajwadi Party chief Mulayam Singh Yadav, BSP supremo Mayawati and Congress leaders N D Tiwari and Ram Naresh Yadav. Also at the time, a three-member SC bench headed by Justice Anil R Dave and including Justices N V Ramana and R Banumathi, had also rejected the state's contention that it had to allot bungalows as most of the ex-CMs get Z-plus security.

Since the security was being provided by the Centre, giving accommodation was its responsibility too, the apex court said.